Your Facebook 'Year in Review' Should Have Fewer Bad Memories

A lot can change in a year: the people you spend your time with, your significant other, and your job, among other things. Some of those changes make great memories, while others are better off locked in the past. Now, Facebook wants to make it easier to dismiss unwanted reminders by changing the way it selects photos for its Year in Review feature.

This year, when deciding which photos to include in your year-end album, Facebook won’t include pictures where memorialized accounts or exes are tagged, the company says. This is similar to the way Facebook filters photos for its “On This Day” feature, which surfaces old posts and photos from a specific date.

As was the case with last year’s album, you’ll be able to share your Year in Review photos with the rest of your Facebook friends, as well as edit the album before you share it.

“We heard feedback last year that we need to do more to select the photos that are most enjoyable to people and make it easier for them to edit the photos they see and share in their Year in Review,” a Facebook spokesperson said in a statement.

Facebook’s Year in Review album for 2015 is rolling out on Wednesday. It’s visible only to you unless you decide to share it. If you don’t see it yet, try visiting Facebook.com/YearInReview.

The move comes after Facebook has made other tweaks to minimize the chances of seeing unwanted posts — the social network announced last month that it’s testing a new feature that lets you filter out posts from your ex. 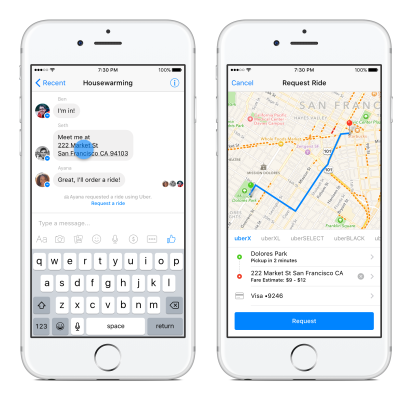 You'll Soon be Able to Order an Uber From Facebook Messenger
Next Up: Editor's Pick