Steven Spielberg: The Power of Putting an Actual Face on Genocide

In April, our team at USC Shoah Foundation sat down to photograph five survivors of the Holocaust, the Rwandan, Armenian, Cambodian and Guatemalan genocides, and the common idiom, “A picture’s worth a thousand words,” took on a whole new meaning for me.

In today’s world, the violence behind genocide is not given the airtime, the space in some publications or its victims the consideration of our collective conscience. It’s thrust into the spotlight with a short-lived moral obligation and then disappears as abruptly as it was brought to our attention. Defined primarily by its statistics instead of its impact on each victim, genocide has become an out-of-sight, out-of-mind problem, increasingly acknowledged with apathy in the face of atrocity.

At USC Shoah Foundation, we are tackling that apathy, by individualizing these crimes against humanity, by putting an actual face — many faces, in fact — on genocide. As long as we struggle to understand and confront the origins of hate, we will continue to suffer the casualties of it. By putting these faces out there, by making testimony available around the world, we are hoping to dissect that hatred — to figure out why, under the surface of a supposed common humanity, we are ignoring the everyday subtle moments of intolerance that can lead to genocide.

With global communication more efficient than ever, we are an as-it-happens eyewitness generation, and at USC Shoah Foundation, we are now an iWitness generation that can effectively challenge that bystander behavior. We are using the archive as a call to action — employing educational resources and technology to connect individuals to the past, to help them draw connections to the present and to inspire them to affect change in their communities.

That brings me back to the remarkable photo, above, taken this year by David Strick of Edith Umugiraneza, Dario Gabbai, Yevnigue Salibian, Sara Pol-Lim and Aracely Garrido. It is a powerful reminder that genocide is a malignant problem persisting in countries all over the world.

Survivors of genocide are individuals with shared stories of humanity, imploring all of us to abandon our indifference. They are worth listening to. Worth facing. Worth a thousand words and more. 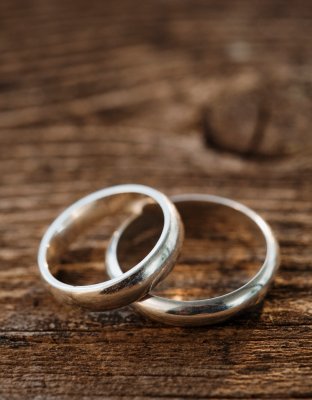 7 Things to Know About Marriage
Next Up: Editor's Pick