A few years ago, director David O. Russell was visiting Jennifer Lawrence as she was moving into the first house she had ever bought herself. “I watched her unpack boxes from her childhood in Kentucky,” Russell recalls. “That was a very emotional thing that I happened to witness. To see somebody unpack boxes they haven’t seen since they were eight years old, and now what do you do with it? That gave me ideas.”

Those ideas formed the basis of one of the most memorable scenes in their new movie, Joy, in theaters Dec. 25, which Lawrence says is “50 percent the story [of] Joy Mangano,” inventor of the Miracle Mop and queen of her own personal empire on the Home Shopping Network, and 50 percent “David’s imagination and different daring women that have inspired him.” As it turns out, that second category includes Lawrence herself.

The actress, who won an Oscar for her performance in Russell’s 2012 film Silver Linings Playbook and a nomination for 2013’s American Hustle, is often described as a muse to the director—and accordingly, it was Lawrence, not Mangano, who inspired that memorable scene, in which a school-aged Joy crafts a miniature world out of paper. It’s a world which she will find decades later—long after her knack for invention has translated from child’s play to real-world success—flattened in a box of childhood detritus.

Joy’s paper world is a small universe housed inside the larger world Russell created to usher Joy from her childhood in Long Island—dad’s metal shop, mom’s soap operas (with Robert DeNiro and Virginia Madsen playing divorced parents to Joy)—to the wood-paneled office, via her rise on QVC (with the help of Bradley Cooper’s home-shopping executive) and a series of demoralizing setbacks. “I love making worlds,” says Russell. “Our cinema is not a cinema of special effects. It’s grounded in the details of ordinary people, and then finds extraordinary magic in there.”

For Lawrence, the magic began with meeting Mangano. She had studied tapes of the inventor selling her wares on QVC, but couldn’t get a sense of the person behind the onscreen persona until they met in the flesh. “When I met her, I was really spellbound by her presence,” Lawrence recalls. “She doesn’t have any airs—she’s very normal, but she’s incredibly powerful. David and I both walked out of the room and were like, there she is.”

One ingredient that isn’t a major factor in Joy’s success is a man. Joy is supported (sometimes reluctantly) by her father and ex-husband, but the two men follow in the wake of her lead. “I had never seen that in a movie,” says Russell. “I had never seen a man be strong enough to be a best friend and support, and take the back seat to his wife, with honor and dignity.”

Joy is a movie about a woman who is not defined in relation to the men in her life. It’s not revolutionary—or it shouldn’t be, anyway—but it’s a story that’s seen more rarely onscreen than it is in reality.

The revelation in 2014 that the next film from Russell, whose last three films garnered him a combined five Academy Award nominations for writing and directing, would be about a mop, of all things, raised a few eyebrows at first. But the mop, of course, is secondary to its creator. “It’s not even about a woman and her mop,” says Lawrence. “It’s about a woman and her dreams, and all of the blood, sweat and tears and the joy but also the ugliness that goes into success.”

Lawrence has gotten used to playing women who are fiercely independent, or at least defined on their own terms. Between The Hunger Games movies’ prickly heroine Katniss Everdeen, American Hustle’s unstable Long Island housewife Rosalyn Rosenfeld and Silver Linings Playbook’s young widow Tiffany, her characters would form a squad to be reckoned with, if given the chance. (Asked what might ensue if they ever chanced to meet, she says, “Katniss would probably be the leader. I think she and Joy would get along.” As for Tiffany and Rosalyn? “They’d get in the way.”)

But where Katniss uses a bow and arrow to command a room, Joy uses her unassuming relatability. “The whole inspiration came from such a pure place of wanting to celebrate the unsung heroes of the household, women that forfeit their entire lives for their families and love them very much, but also love themselves and have their own desires,” Lawrence says. “And that’s OK.” 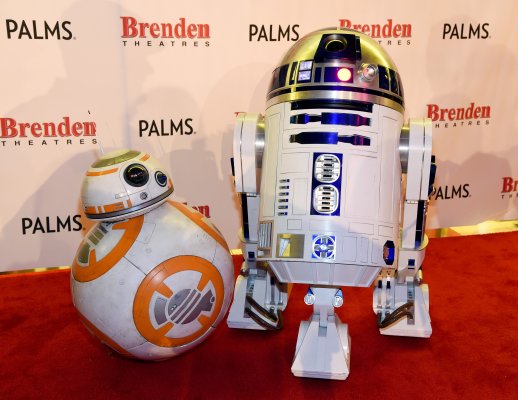