You Have to Try This Google Doodle Honoring Ludwig van Beethoven

Ludwig van Beethoven has long been considered one of the best composers that has ever lived. Now, on what would likely be his 245th birthday, Google is celebrating his life’s work with a new Doodle that highlights his most recognizable compositions.

The Doodle went live on Google’s main search page starting on the evening of Dec. 16 and will stay up through Dec. 17, the date Beethoven was baptized in the year 1770. His exact birthday isn’t known, but is believed to be around that time.

Google’s Beethoven Doodle is more of a puzzle than it is a picture. Players are tasked with arranging Beethoven’s sheet music in the correct order after he mixes up the pieces on his way to conduct a concert. The game focuses on the composer’s most widely-received works, such as Moonlight Sonata and Ode to Joy. Each song becomes harder to piece back together as the game progresses.

While the game itself may be simple, coming up with the idea was anything but. Google’s team of doodlers had been brainstorming ways to capture Beethoven’s achievements in a Google Doodle for about two years. The problem, however, was the challenge of creating something interactive and unique to Beethoven’s life that hasn’t already been done in previous doodles.

“We went through a lot of different prototypes for what we wanted a Beethoven doodle to be,” says Jordan Thompson, an engineer on the Google Doodle team “But none of them really filled the role of what we wanted, which was to teach people about Beethoven and his music.”

The group stuck with this idea over others because of its subtle educational aspect. “You can actually see the music notes, so you can get the concept of written music,” says Thompson.

This wasn’t the case with other games that Google scrapped in the past. In previous years, the team experimented with more arcade-style games, like one concept in which the player would run through Beethoven’s sheet music to try and collect all the notes. Another early idea involved exploring a town in which different Beethoven pieces played in various sections of the village.

“We decided that wasn’t really focusing on actually learning the music,” says Jonathan Shneier, a Google engineer who also worked on the doodle.

Google promises that there are plenty of interactive games and doodles to come. “We’re going to go bigger,” says Shneier. “We’ve got a few ideas going.” 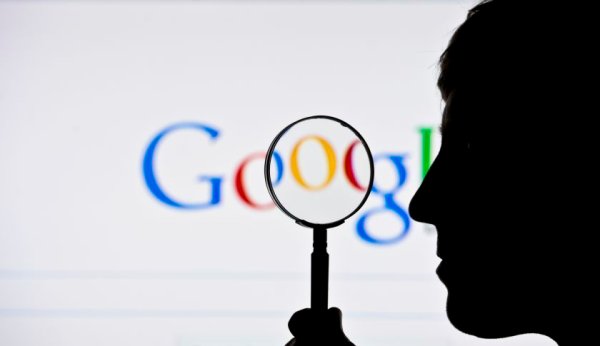 These Are Google's Most Popular Search Terms of 2015
Next Up: Editor's Pick