Muslim Leader to Ben Carson: Extremists Are Our Enemies, Too

In his time, Martin Luther King Jr. was accused of being a communist and a threat to America because he advocated for an America that lived up to her founding ideals. I am not King and would in no way attempt to compare my work to his. But I do feel a sense of pride when someone like Republican presidential candidate Ben Carson tries to smear the Council on American-Islamic Relations (CAIR), the organization for which I serve as National Executive Director, for also advocating for an America that lives up to her founding ideals.

In his new security plan, Carson suggests the State Department should investigate CAIR as a “supporter of terrorism.” When Muslims are called terror-supporters or alleged members of an anti-American conspiracy, the intent is often to keep a disliked minority in their place by attempting to instill fear in them.

Indulge me for a moment while I tell you about CAIR and why it is a proud American institution.

CAIR was founded in 1994. We started with three staff in Washington, D.C. Since then, we have consistently adhered to our vision to be a leading advocate for justice and mutual understanding.

Today, we are the nation’s largest American Muslim civil liberties and advocacy organization.

CAIR has hundreds of paid staff and full-time volunteers in 20 states. We are the most frequently quoted American Muslim organization in the news media. We have 30 attorneys on staff who deal with bias cases, a service provided free of charge to our clients. We organize legislative days so Muslims can speak to their elected officials; we organize trainings to empower young people and help shape a new generation of American leaders.

We have a healthy internal decision-making process that many groups would envy. Our shura, an Islamic term for consultation, includes representatives from all chapters. Public statements such as press releases are sent to this shura and everyone on the list can provide feedback until a consensus position emerges. No one has an absolute veto power. Discussions over issues can become heated, but it is to our ultimate benefit.

Violent extremist groups know we are their natural enemy. We have repeatedly and forcefully condemned their actions. These words have been backed by actions such as sending staff to Baghdad in 2006 to appeal for the release of a kidnapped American journalist. Last year we were part of a letter authored by international Muslim scholars and sent to ISIS that deconstructed the group’s warped interpretation of Islam. According to the SITE Intelligence group, in early 2015 an alleged ISIS fighter wrote to the group’s very small circle of supporters in the U.S. In that message the fighter warned them to avoid CAIR. Their need to call us out for our anti-extremism efforts better sums up the impact of our actions against them than any statement we could author.

In the end, Carson has paid us the ultimate compliment because he has acknowledged that CAIR’s work is effective. You do not attack ineffective organizations.

Our message to Ben Carson, Donald Trump and others is simple: America needs a vision, not a division. Stop being afraid; America is strong. 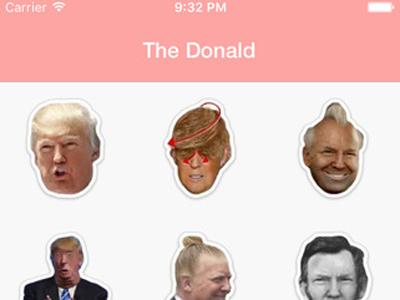 The Inevitable Donald Trump Emojis Have Arrived
Next Up: Editor's Pick