CNN moderators tried to draw Donald Trump into a fight with Ted Cruz at the fifth Republican debate Tuesday night—but uncharacteristically, the frontrunner backed down.

The moderators asked Trump about his prior comment that Cruz was a “maniac” when he first arrived in the Senate, and whether that rendered him unqualified to be President. But Trump declined to criticize Cruz, who has been an uneasy frenemy on the campaign trail. “I’ve gotten to know him over the last three or four days, he has a wonderful temperament,” Trump said. “He’s just fine, don’t worry about it.”

Trump and Cruz have gone easy on each other throughout the campaign, Cruz because he hopes to eventually scoop up Trump’s supporters. But tensions seemed to be simmering in recent days after private comments Cruz made about Trump leaked, and Trump began criticizing Cruz in response. 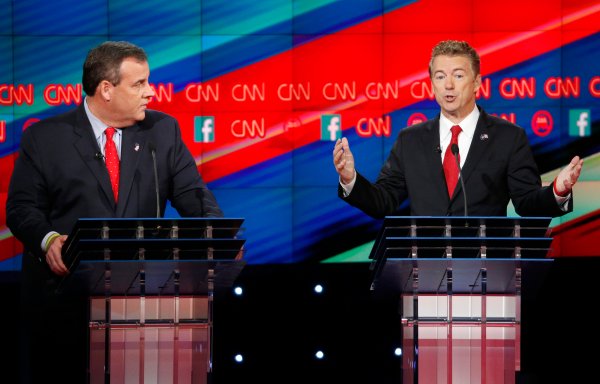