Christie was asked about whether he would shoot down a Russian plane that flies through a no-fly zone in Syrian airspace. “I would do it,” he said, referring to President Obama as a “feckless weakling.”

When asked to respond, Paul went on the attack. “I think if you’re in favor of World War III you have your candidate,” he said. “What we want in a leader is someone with judgment, not someone who is so reckless as to stand on the stage and say yes I’m jumping up and down I’m going to shoot down Russian planes. … I think when we think about the judgment of someone who might want World War III, we might think about someone who might shut down a bridge because they don’t like their friends”

Christie did not take the bait. “I’ll tell you what reckless is,” he said. “The reckless people are the folks in the White House right now. Barack Obama and Hillary Clinton are the reckless people, and if you think a no-fly zone is a reckless policy, you’re welcome to your opinion, but how’s it working so far?” 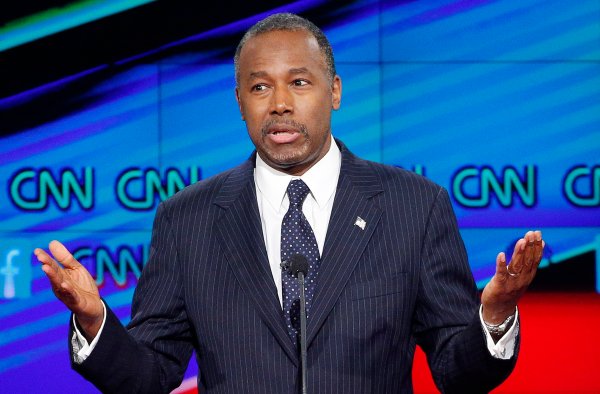 Audience Boos as Ben Carson Asked About Bombing Children
Next Up: Editor's Pick