A question to Ben Carson drew loud boos during the fifth Republican debate Tuesday night about whether he would order airstrikes in the Middle East that could kill thousands of innocent children.

CNN moderator Hugh Hewitt talked about Carson’s career as a pediatric neurosurgeon and his inspiring personal story, and questioned whether Carson could exhibit the toughness necessary to be Commander-in-Chief and order deadly airstrikes.

“You have to be able to look at the big picture and understand that it’s actually merciful if you go ahead and finish the job rather than death by a thousand pricks,” Carson said.

“So you are OK with the death of thousands of innocent children and civilians?” Hewitt pressed. Amid loud boos from the audience Carson said, “You got it.”

Carson did quibble with Hewitt’s use of the word “ruthless.”

“Ruthless is not necessarily the word I would use, but tough, resolute, understanding what the problems are, and understanding that the job of the president of the United States is to protect the people of this country and to do what is necessary to get it done,” Carson said. 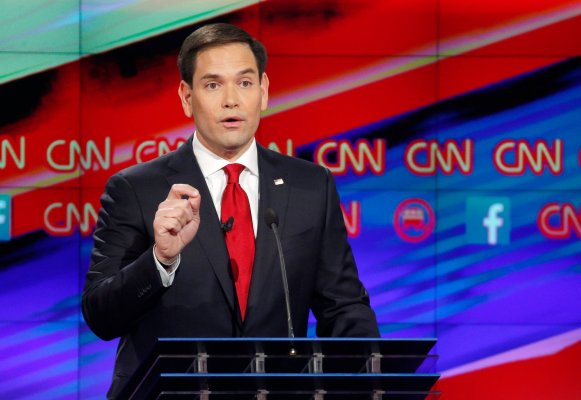