The exchange came after a back-and-forth between the two camps when a nonprofit political group linked to Rubio attacked Cruz for his vote in favor of the USA Freedom Act. Cruz began when asked about his vote in favor of a law which ended the bulk collection of telephone metadata, arguing that the law gave the government more tools with which to fight terrorism.

“In particular what it did is the prior program only covered a relatively narrow slice of phone calls. When you had a terrorist you could only search a relatively narrow slice of numbers, primarily land lines,” Cruz said. “The USA Freedom Act expands that so now we have cell phones, now we have Internet phones, now we have phones that terrorists are likely to use and the focus of law enforcement is on targeting the bad guys.”

Rubio responded on Tuesday with a sense of urgency at the threat posed by terrorist organizations like ISIS.

“This bill did however take away a valuable tool that allowed the National Security Agency and other intelligence agencies to quickly and rapidly access phone records and match them up with other phone records to see who terrorists had been calling,” Rubio said. “I promise you the next time there is an attack on this country, the first thing people are going to want to know is why didn’t we know about it and why didn’t we stop it. And the answer better not be: because we didn’t have access to records or information that would have allowed us to identify these killers before they attacked us.” 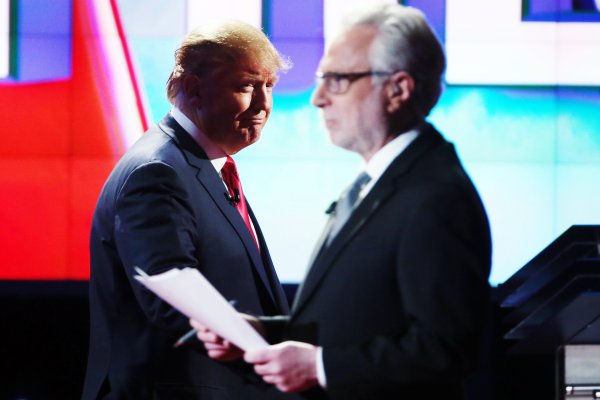 Donald Trump Wants to Close Off Parts of the Internet
Next Up: Editor's Pick