Rajon Rondo doubled down on his apologies to NBA referee Bill Kennedy on Tuesday after directing a fury of anti-gay slurs at the ref following a game ejection.

The Sacramento Kings guard was suspended after a Dec. 3 game in Mexico City in which he followed Kennedy while hurling anti-gay slurs at the referee who had just ejected him for consecutive technical fouls, according to Yahoo! Sports. Kennedy later came out as gay, the site reported.

“There is no place on or off the court for language that disrespects anyone’s sexual orientation,” Rondo said in a statement. “That is not who I am or what I believe and I will strive every day to be a better person.”

The basketball star on Monday had previously addressed his actions during the game, saying on Twitter they were “out of frustration and emotion, period!” and “They absolutely do not reflect my feelings toward the LGBT community. I did not mean to offend or disrespect anyone.”

Many commentators criticized the tweets as insufficient or not genuine, which Rondo said prompted him to issue a longer statement.

“Yesterday, I said that my words toward Bill Kennedy were unacceptable and did not reflect my feelings toward the LGBT community. Some have interpreted my comments as a non-apology,” he said. “I want to be clear, from the bottom of my heart, that I am truly sorry for what I said to Bill.” 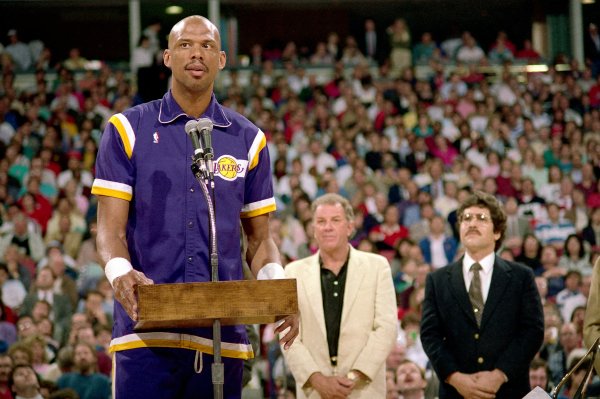 Dear Retirement (a.k.a. Dear Kobe)
Next Up: Editor's Pick