A man intentionally rammed his truck into the lobby of a Comfort Inn and Suites in Alva, Oklahoma last week, according to police.

John Parsley, 62, had a dispute with hotel workers over a contested refund shortly before the incident, People reports. Surveillance footage from the lobby shows a pair of hotel staffers leaping for cover as Parsley’s pick-up truck crashes through the front door, sending debris flying.

Parsley, a resident of Gonzales, Texas, will face charges of assault and battery with a dangerous weapon and malicious injury to property over $1,000. He caused more than $100,000 worth of damage, the hotel’s manager said. 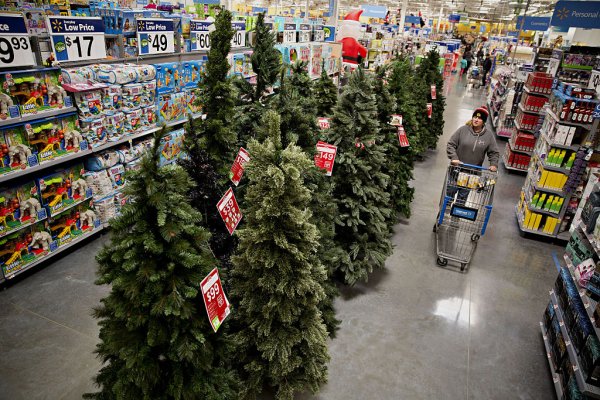 Secret Santa Spends $79,000 Paying Off for Shoppers' Gifts
Next Up: Editor's Pick