Michael Chertoff is the former Secretary of Homeland Security and now co-founder and executive chairman of The Chertoff Group.

On Sept. 11, 2001, as I drove into the Department of Justice where I was the new head of the Criminal Division, I heard that a plane had crashed into the World Trade Center. Moments later, I learned a second airliner had done the same, and I realized that we were under attack.

Within minutes, and for the next hours and days, I stood vigil at the FBI operations center and worked with the Attorney General, FBI director, and others to hunt down those responsible for the worst terrorist attack in U.S. history, and to prevent other attacks that might be planned.

The nation was in shock. The 9/11 attacks were unprecedented and unheralded. There were also a number of false alarms even after the fourth hijacked plane went down in Shanksville, Pa. And at the Department of Justice we unleashed an investigative wave aimed at arresting anybody in the United States who was in the al-Qaeda terror network.

At the same time, something quite remarkable happened. The seizure of panic which al-Qaeda had attempted to trigger did not materialize. Over the next few days, President George W. Bush addressed the American public from Ground Zero and promised the nation that we would relentlessly pursue and eliminate those who participated in or supported the terror network. So we did. At the same time, he made clear that we were not at war with Islam or the vast majority of Muslims, and that we should respect our Muslim fellow citizens.

And Americans responded. Apart from a few isolated incidents, Muslims in our communities were unmolested. In Washington, I met with Democratic and Republican Members of Congress to draft the Patriot Act, and saw them literally stand together in unity of purpose to build a new set of defenses against the enemy. The nation remained apprehensive, but settled down to be calmly vigilant.

Over the next years, both at the Justice Department and later as Secretary of Homeland Security, I witnessed that same spirit again and again. After we thwarted the 2006 al-Qaeda plot to blow up 10 airplanes, we retooled our aviation system but people continued to fly. Young men and women left promising and lucrative civilian careers to enlist and fight in the military, or to serve in intelligence and security services. And on visits to our fighting forces in Iraq and Afghanistan I had the honor to administer the oath of citizenship to Muslim soldiers and marines who volunteered to serve after immigrating to the United States.

During the past decade, my security colleagues and successors succeeded in strengthening our security and disrupting a significant number of terrorist plots in our homeland, including an attempted bombing in Times Square. Tragically, on very few occasions—such as the Boston Marathon bombing—terrorists have succeeded. Yet after each of these events, Americans drew together in defiance of the enemy.

We have now witnessed an act of terror in San Bernardino, Calif., ended when local police killed the perpetrators. But now, for the first time, some American voices have seized the opportunity to promote exactly the type of panic that the terrorists seek to foment. We see calls to prevent Muslims from entering the United States; the suggestion to register our Muslims friends and neighbors; favorable reference to World War II internment of the Japanese as a security model; even a suggestion to close the borders to prevent entry from all foreign visitors.

This is the reality: the risk of terrorism at home has existed for at least the last 15 years, and will continue to exist. We have survived. We are safer now than 10 years ago because both Republicans and Democrats have implemented what we learned in some hard lessons. We need to continue to adapt and retool our intelligence and security efforts in light of the evolving threats, we need to execute a more vigorous strategy against ISIS, and we also need to acknowledge that—as in every aspect of life—we are unlikely to be perfectly successful.

What we should not do is panic. In the wake of 9/11, the country drew together in an impressive demonstration of unity and determination. We did so again as recently as the Boston Marathon bombing. There is no reason to go into a tailspin now. Our leaders must forthrightly acknowledge that we are in a struggle against adherents to an extreme ideology of violent Islamism, but should remind us that by far the majority of Muslims still reject that ideology. And we should demonstrate to our leaders that we will not react to terrorism with panic or internecine quarrels, but rather continue our resolute, vigilant defiance. As we have done over the last 15 years, we should follow motto of those brave British civilians who endured repeated Nazi bombings during World War II—”keep calm and carry on.”

Michael Chertoff is the former Secretary of Homeland Security and now co-founder and executive chairman of The Chertoff Group. He also serves as an advisor on national security to Gov. Jeb Bush’s presidential campaign. The views expressed here are his own. 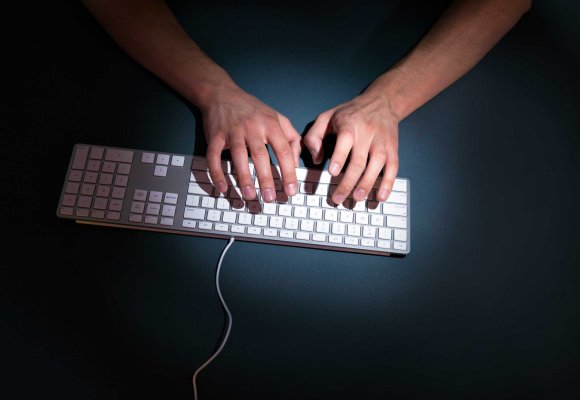 Vote Now: How Far Should Silicon Valley Go to Help Fight Terrorism?
Next Up: Editor's Pick