Even if you’re managing to get eight hours of sleep every night, you’re still sleeping way less than gray mouse lemurs or African green monkeys. That’s according to a new study by Duke University researchers which found that humans tended to have much shorter and more efficient sleep cycles than other mammals.

The average person gets just seven hours of sleep, while species like the gray mouse lemur sleep for as many as 17 hours per day. Part of the reason humans get by sleeping less is because we spend more time in deep sleep. Dream state rapid eye movement sleep comprises 25% of a person’s nightly slumber, while accounting for just 5% of the nightly sleep of mongoose lemurs and other mammals. 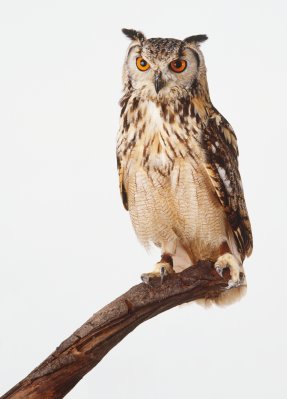 British Man Tries to Lure Pet Owl With Rat on a String
Next Up: Editor's Pick