Republicans Turn on Each Other in Bitter Las Vegas Debate

The long-coming collision inside the Republican Party erupted in a free-for-all on the Las Vegas Strip on Thursday, with Donald Trump facing criticism from all sides at the latest debate while fast-rising Ted Cruz found himself suddenly taking barbs from those looking to stop his momentum.

Former Florida Gov. Jeb Bush led the criticism of Trump, the brash billionaire who has spent months atop public polling despite a string of inflammatory comments about Hispanics, women, immigrants and Muslims. Kentucky Sen. Rand Paul and former technology executive Carly Fiorina pitched in against Trump in their final debate of 2015.

Trump, however, showed no signs of backing down from his incendiary proposal to ban Muslims from entering the United States—which might be unconstitutional. Republican primary voters have rewarded Trump with steady—if not strengthened—poll numbers based on his calls against immigration.

It was clear Trump was not winning over his rivals, who seemed flabbergasted that they were losing to this former reality star. “Donald is great at the one-liners. But he’s a chaos candidate, and he’d be a chaos President,” Bush said.

Trump, the acerbic frontrunner, was taking none of it. He fired back at Bush: “He has failed in this campaign. It has been a total disaster.” And he shook his head as others tried to offer alternatives to his proposals.

“Donald, you’re not going to be able to insult your way to the Presidency. That’s not going to happen,” Bush added later, showing a newfound ability to interrupt Trump. It clearly got under his skin. “Leadership is not about attacking people and disparaging people.”

“Talking tough is not the same as being strong,” Fiorina chimed in, casting herself as a battle-tested executive in a field of lawmakers.

And Paul, a libertarian-leaning outsider, sneered at Trump’s strength. “Is Donald Trump a serious candidate?” he asked skeptically, given the real estate developer’s proposal to kill family members of suspected terrorists. “It would defy every norm that is America,” Paul said. “Think do you believe in the Constitution? Are you going to change the Constitution?”

Trump rolled his eyes at the Constitution and international treaties to distinguish between terrorists and civilians. “I can’t imagine someone booing.”

It was one of the many intra-family subplots playing out on national television on the final Republican debate of 2015. The new frontrunner in Iowa, Cruz, faced a pile-on from Florida Sen. Marco Rubio, and from Paul.

“It sounds like what he’s outlining is not to lead at all,” Rubio said of Cruz’s foreign policy.

Cruz disputed that and pledged to “carpetbomb” ISIS strongholds. Rubio quickly knocked Cruz for voting against defense budgets. “You can’t carpet bomb ISIS if you don’t have planes and bombs,” Rubio said.

“Marco knows what he’s saying isn’t true,” Cruz said of Rubio’s criticism. “They are Alinsky-like attacks.” Paul added to the criticism: “Marco can’t have it both ways.”

MORE Donald Trump Wants to Close Off Parts of the Internet

Yet Cruz had the most to lose in the debate. About an hour into the debate, Cruz essentially hijacked the debate, refusing to yield back to the moderators. He was careful, though, not to to openly split from Trump and his divisive rhetoric against Muslims. “It’s a not a war on a faith. It’s a war on a political and theocratic ideology who seeks to murder us,” Cruz said, again reminding audiences of his talents to straddle two conflicting positions so supporters on both sides can find reasons to support him.

From the edges, struggling candidates tried to land blows amid the squabbling. “No one in America cares about this,” New Jersey Gov. Chris Christie said of the sparring among the senators. He drew applause. “This is the difference between doing something and being one of 100 debating it. … People don’t care about that.”

Cruz entered the debate having worked for months to build a campaign that is worthy of envy. The junior Senator from Texas toiled away in rural Iowa restaurants, South Carolina churches, even an active bee farm in New Hampshire where guests were warned they might, in fact, be killed if they wandered off. Cruz lined up county chairmen in each of the first four early nominating states, something that even eventual winners of party nominations never achieve. His super PACs—yes, plural—are sitting on at least $30 million. To this point, Cruz has not incurred a single meaningful gaffe. And new polls show he’s leading in Iowa.

All of which is to say his Republican rivals were gunning for him, including his one-time best-frenemy, Trump. He entered Tuesday night’s debate on the Las Vegas Strip with all eyes on him and how he could defend his newly minted—and perhaps fragile—frontrunner status.

For months, the crowded field of Republicans has seen the top tier shift, as retired neurosurgeon Ben Carson captured voters imagination only to fade and Fiorina fought her way into debates only to see voters tire of her. Bush began his campaign as the one to beat and armed with platinum-plated donors, yet his campaign has essentially to shrunk to one state: make-or-break New Hampshire. Paul started with the advantage of his father’s previous campaigns, yet those voters have moved on as the surly libertarian has shown little enjoyment in running for the White House.

Only Trump, the brash billionaire no one took seriously at the start, has proved he has staying power atop the polling heap. Yet there are signs he is starting to fade in Iowa, even as his national numbers remain strong if not growing. Perhaps sensing the shift, Trump has ended his detente with Cruz, leaning into him this weekend: “I don’t think he’s qualified to be President. … I don’t think he’s got the right judgment.”

MORE Frank Underwood Made a Big Announcement During the Republican Debate 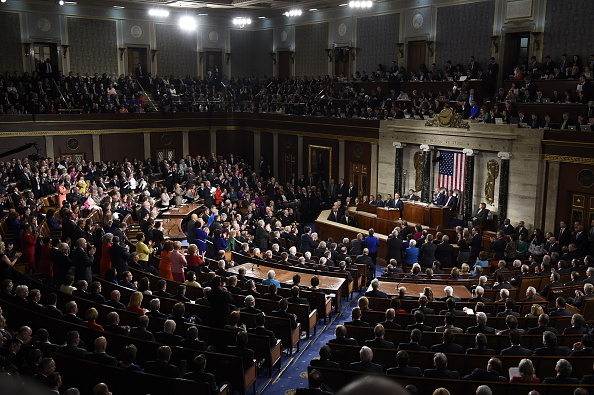 House Democrats to Invite Muslims to State of the Union
Next Up: Editor's Pick