A Saudi woman casts her ballot in an election centre in the Saudi capital of Riyadh, on Dec.12, 2015.
Dina Fouad—AFP/Getty Images
Ideas
By Xanthe Ackerman and Christina Asquith

Saudi Arabia’s historic elections Saturday, in which women voted and won political positions for the first time, could demonstrate an opening in the traditionally repressive kingdom that women will now widen.

“This is a symbolic victory for women as these roles don’t come with much power,” said Joana Cook, a Middle East political analyst and the editor in chief of Strife, a journal on conflict at Department of War Studies at Kings College, London. “But absolutely it’s a stepping stone.”

Women in Saudi Arabia face among the worst barriers to financial and personal freedom in the world. Saturday’s elections helped them inch forward, but there is still a long way to go. Saudi women won 20 seats, 1% of the roughly 2,100 municipal seats, which are largely toothless in the authoritarian-run monarchy. And while more than 130,000 women registered to vote, that was compared to 1.4 million men.

Gender barriers prevented many women from participating fully in the political process. Many women voters had to rely on men to drive them to the polling places because there is a ban on female driving. Many couldn’t participate without their husband or father’s permission. Female candidates were prohibited from campaigning to men and could only speak to them through a male spokesman.

Yet the sheer presence of women in government may offer a role model for the next generation, particularly as many of the victorious women were working professionals already well-regarded in their communities, such as Rasha Hefzi, a social worker from Jeddah, and Dr. Lama Al-Sulaiman, Vice Chairwoman of the Chamber of Commerce in the same city.

“People say the men don’t do anything in the council, but they still didn’t expect to get even one woman in there. Now we have 20. It’s an amazing number,” said Abeer Mishkhas, a Saudi Arabian journalist based in London.

The Baladi Initiative, formed by women’s rights activists in 2011, intends to use the small gains of the municipal elections to force a much greater opening. The Ministry of Municipal Affairs will imminently appoint 1,000 members to the municipal councils. The initiative calls for a quota to be instated immediately—following in the tradition of many Arab countries that have adopted quotas in local government—with 500 of these seats reserved for women.

Former King Abdullah started the push to allow women in government in 2011 amid the Arab Spring protests. Abdullah, who reigned from 2005 to 2015, advanced women’s rights, especially in the domain of education and the workforce. He oversaw the first legislation that criminalized domestic violence, and appointed the first female minister. In 2013, he appointed 30 women to the 150-member advisory Shura Council, which recently ruled that divorced and widowed women have the right to family identity cards and to register children to school. Abdullah died in 2015, and his successor, King Salman has upheld his decisions.

Yet the political will to support women candidates has been mixed. The Saudi government often appeases religious conservatives, and the country’s highest religious authority, its grand mufti, deemed women’s involvement in politics as “opening the door to evil.”

Government officials also squashed important efforts to train and prepare women to campaign. In the critical months before the elections, authorities stopped the Baladi Initiative’s programs, which provide professional development to female candidates. The closure was purportedly because of concerns of profiteering off of female candidates, despite the group’s offer to run trainings for free.

Still, women were determined to participate. Following Saturday’s vote, images of Saudi women in hijabs voting spread around the world like a thunderclap on Snapchat, Twitter and Instagram.

Abdullah’s reforms moved slowly—in careful balance with the country’s ultra-conservative religious elements. Some say that although King Salman honors his brother’s legacy, his pace may be even slower—far too slow given the injustices suffered by women. Women campaigning for the right to drive in the country have landed in jail under charges of terrorism. There is no minimum age for marriage, polygamy is legal, and victims of gang rape are sentenced to lashings.

Haleh Esfandiari, director emerita and senior scholar at the Middle East program at the Woodrow Wilson International Center, writes that Saudi Arabia “lags well behind other Arab countries,” even its conservative neighbors in the Persian Gulf, where in many cases, “women are members of parliament, Cabinet ministers, and ambassadors. Women can drive cars and dress as they like. The contrast to Saudi Arabia is striking.”

“I don’t think we can expect groundbreaking changes overnight,” Cook said. “It’ll be a lot of small, positive and incremental steps to really increase women’s roles, but we have to consider that, 10 years ago, it wasn’t feasible to think of women in politics or being the majority at the universities—so its important even if it is mostly symbolic.” 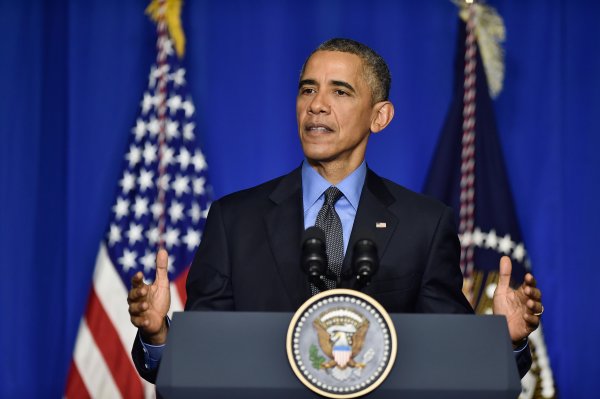 Obama Should Stay Out of the Turkey-Russia Crisis
Next Up: Editor's Pick