Downton Abbey star Michelle Dockery has been left devastated after her Irish fiancé died of a rare form of cancer, PEOPLE has confirmed.

Commercial public relations executive John Dineen died on Sunday at the Marymount Hospice in Cork, with Dockery at his bedside. He was just 34.

In a statement released through her publicist, Dockery thanked the public for the “support and kindness” the family has received, before adding that she “kindly request that they are left to grieve in private.”

Dineen, from Cork, Ireland, was diagnosed with a rare form of cancer earlier this year.

A senior director at London-based FTI consulting, he is believed to have returned home to Ireland and sought pioneering treatment in Germany following his diagnosis, reports the Irish Independent.

Despite their best attempts to keep the romance out of the spotlight, Dockery briefly let her guard slip in September 2014, saying: “I have a wonderful man in my life from Ireland.”

Just last week the actress was in the United States to make press appearances for Downton‘s final season, before quickly jetting back to the UK to be by Dineen’s side. She was spotted arriving to London’s Heathrow airport on Thursday.

Dockery seemed to be in good spirits while visiting PEOPLE Now, The Late Show with Stephen Colbert and Watch What Happens Live with some of her cast mates. 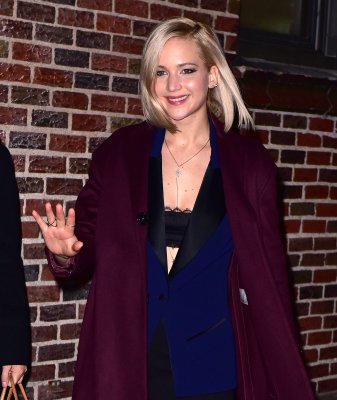 Watch Jennifer Lawrence Get Freaked About Aliens With Stephen Colbert
Next Up: Editor's Pick