More students in the 12th grade said they smoked pot every day, compared to those who smoke daily cigarettes, finds a new federal report. It’s the first time since the survey began in 1975 that daily marijuana use surpassed cigarettes.

The “Monitoring the Future” survey released on Wednesday shows that 6% of 12th graders used marijuana every day—about the same rate as last year—while 5.5% of seniors reported smoking cigarettes daily. (That’s a drop from 2014, when 6.7% of high school seniors smoked cigarettes every day.)

Their perceptions of pot also changed; fewer students think it’s dangerous. Almost 32% of seniors said they thought regular marijuana use could be harmful, compared to 36% who felt that way last year. “The sense that marijuana has medicinal purposes and that doctors are prescribing it creates a sense that this drug cannot be so harmful,” says Dr. Nora D. Volkow, director of the National Institute on Drug Abuse at the National Institutes of Health (the group that funded the research).

Volkow says she is surprised that marijuana rates didn’t rise from 2014, after the past year’s attitude and policy changes surrounding the legalization of marijuana. “All of those factors have led many to predict that there would be an increase in the pattern of use of marijuana among teenagers, and we are not seeing it,” she says. Still, it was one of the only substances in the report that did not decline in usage.

MORE: The Butter Flavor Chemical Used in Microwave Popcorn Is Also in E-Cigs

In addition to high school seniors, the survey also looked at attitudes and substance use among American students in grades 8 and 10. In each of the grades, it noted declining usage rates for cigarettes, alcohol, prescription opioid pain relievers, synthetic marijuana and heroin (which hit a record low at 0.3% for 8th graders and 0.5% for 10th and 12th graders.) “These two findings were very surprising,” says Volkow. Experts were worried that since prescription opioids and heroin use have gotten more popular nationally, they might see the same trends in teens.

Over the last five years, daily cigarette smoking among 10th graders has dropped 55%. But the newer nicotine carriers like e-cigarettes are as popular as they were the year before. Yet students aren’t always sure what’s in them, the findings suggest. The majority of teenagers who reported using e-cigarettes said they were only inhaling flavors instead of nicotine, and many said they weren’t sure what they were inhaling. Only 20% said that the last time they used a e-cigarette, they were inhaling nicotine.

Researchers continue to debate the effects of e-cigarettes on the body, and Volkow says there’s skepticism over whether inhaling flavoring on its own is safe. “There’s been evidence that some of these e-cigarette devices release chemicals that are toxic to the body,” she says. “Since there is no control over manufacturing products, the quality of these products vary. I think this is an area that requires investigation to actually assess the potential harmful effects.” 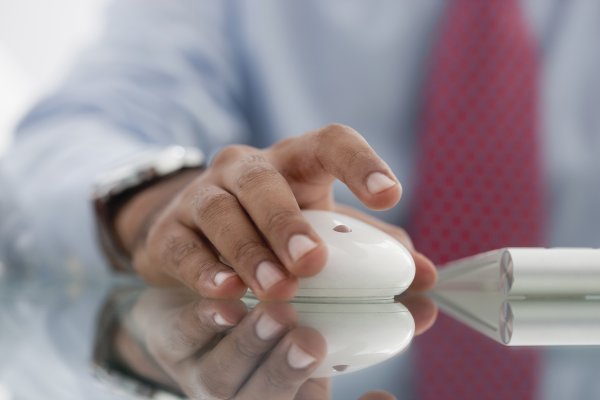 Your Computer Mouse Knows When You're Angry
Next Up: Editor's Pick