Presidential candidate Donald Trump (C) speaks while Sen. Marco Rubio (L) (R-FL), and Ben Carson look on during the Republican Presidential Debate sponsored by Fox Business and the Wall Street Journal in Milwaukee, Wisc., on Nov. 10, 2015.
Scott Olson—Getty Images
Ideas
By Rabbi David Wolpe
Wolpe is the Max Webb Senior Rabbi of Sinai Temple in Los Angeles, the author of eight books and has been named one of the 50 most influential Jews in the world by the Jerusalem Post.

There is an ancient rabbinic saying: “Who is wise? One who sees into the future.” Another way of translating the phrase is: “One who sees what he brings into being.” In other words, to see the effect of your own actions is wisdom. What you bring into being always escapes your own control. We are in desperate need of recalling this simple, invariable rule.

This should not come as a surprise to us. In high school every savvy kid learns that once you start a chain of gossip, it is uncontrollable. In the old rabbinic image, gossip is like spreading the feathers of a pillow—it can never be collected back again. An atmosphere of gossip will eventually touch everyone. Beginning the rumor does not give you any say in its direction or effects. The one who fires the starting pistol does not set the finish line. The word leaves your control as it leaves your mouth.

More than the immediate damage careless rhetoric may do to our standing in the world, this principle should give us pause. The supercharged political rhetoric and the consequent divisions in the U.S. will not remain static. When you demonize others, the people you dislike are never the only ones who stay demonized.

It can feel cleansing to have one’s angers externalized. We love sports partly because they give us an outlet for such anger. You can detest the opposing team, and it has no lasting social consequences. But in political life there is a clear danger and a snowball effect. Increasing estrangements between left and right are widening through the days of the campaign. Although each candidate claims to be able to unify, each presidency seems to result in an increasing polarization. Shouting epithets is no path to dialogue.

A rhetoric of reason begins by ascribing decent motives to disagreement. Those who hold opposing views do not usually do so because they are captured by evil forces but because they see the world differently. The inability to ascribe decency to the opposition widens the chasm. In our political rhetoric each day we disregard the ancient rabbinic wisdom. Be fearful and careful of what you bring to birth. One day you will live with its consequences. 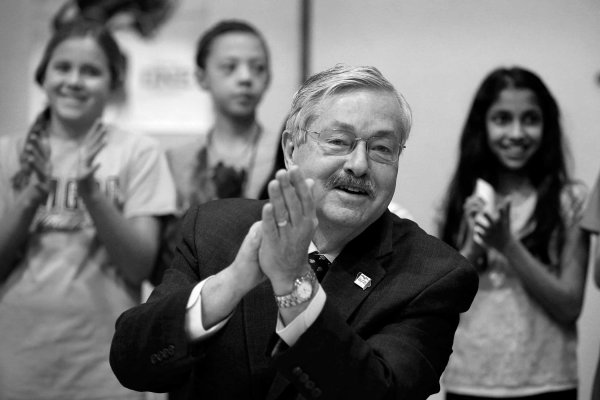 Meet 6 of the Longest-Serving Politicians in U.S. History
Next Up: Editor's Pick