Ron Chernow: What Would Have Happened If Alexander Hamilton Lived

Historian Ron Chernow’s Alexander Hamilton, which the New York Times called “by far the best biography ever written about the man,” was also the inspiration for the hit Broadway show. Biographer Richard Zoglin, author of Hope: Entertainer of the Century, talked with Chernow about Hamilton’s influence on modern America, his fascinating mind and the making of his life story into a hip-hop musical.

Q: We have fixed images of the Founding Fathers. Washington was our first president. Jefferson wrote the Declaration of Independence. All most of us know about Hamilton is that he was killed in a duel. Why is he the least understood Founding Father?

A: I think the fact that he was killed in that duel has something to do with the lack of appreciation; it robbed him of the opportunity in later years to write his own defense, or his own history of the events of the early republic. Hamilton’s main political enemies were John Adams, Thomas Jefferson, James Madison and James Monroe—and I’ll even throw in John Quincy Adams and Andrew Jackson for good measure. What do you notice about that list? Those were the men who were solidly in charge of American politics for many decades after Hamilton’s death. Hamilton’s Federalist Party had disappeared by the start of the 19th century. And if history is written by the victors, the victor during this era was the Democratic Party.

On the other hand, Hamilton had a very modern take on our economic future. He envisioned a country built on banks, corporations, stock exchanges and factories. This was a frightening and sinister vision to a lot of Americans at the time. Jefferson represented a more soothing point of view: an America of small towns and traditional agriculture. I think one reason for the eventual reappraisal of Hamilton is that America has grown into the contours of the country of his imagination, not Jefferson’s. We have caught up to his prophetic vision.

Q: Hamilton is thought of as the father of our banking system and the patron saint of the Republican Party. Is that image unfair?

A: It’s always very risky business to match up the political parties of the late 18th and early 19th century with the parties of today. Jefferson was a slaveholder who believed in states’ rights, a weak central government, cutting taxes, strict construction of the Constitution and legislative power—that sounds rather Republican, right? Hamilton was an abolitionist who opposed states’ rights, favored an activist central government, a very liberal interpretation of the Constitution and executive rather than legislative powers. That sounds much more like a modern Democrat.

But I feel strongly that he was a more liberal figure than people think. The image we grew up with was that Hamilton was the stooge of the plutocrats. It was a caricature, and it has undergone quite a change.

Q: Would you say Hamilton was the smartest of the Founding Fathers?

A: He was certainly as brilliant if not more brilliant than any of the other Founding Fathers. But that brilliance was undermined by his rather atrocious political judgment. Hamilton had a zest for political combat and a knack for winning admirers. But he had an extraordinary knack for making political enemies as well. He lacked a sense of proportion. He would very often overreact to attacks against him and only worsen matters. There’s certainly a lot of needless controversy in his life.

From the time he became aide-de-camp to George Washington during the Revolutionary War, through the Constitutional Convention and his time as Treasury secretary, he was operating under Washington’s guidance. If his judgment seems infallible, it’s really Washington’s judgment that we are witnessing. People ask me if it was a great misfortune that Hamilton never became president, and I surprise them by saying no. I think he was born to be the greatest number two in American history, because he lacked the judgment that is an indispensable quality of great presidents.

He was very ambitious, so I have no doubt that he wanted to be president. But I think he was much more suited for the role that he ended up playing. As Treasury secretary, he had the technocratic skills necessary to restore American credit, adopt state debt and create a central bank. He also was sophisticated enough to justify his activities in political terms. And as a lawyer he could argue that they were legitimized by the Constitution.

Remember: when he became Treasury secretary, the country was bankrupt; American debt was sel ing for 10 or 15 cents on the dollar. By the time he left office five years later, the country’s credit was as good as anyone else’s in the world. Most revolutionary regimes—and that’s what ours was—would simply have repudiated the debt. But Hamilton felt it was important to honor it. He provided the country with an economic and financial maturity that enabled it to give the Constitution and federal government a fair test.

Q: What do you think would have happened if he had not been killed?

A: I think that at the time of his death, Hamilton was already wandering in the political wilderness, his political career effectively over because the Jeffersonians were solidly in control. But I think he still had great contributions to make in two areas. At the time of the duel, he was projecting a series of volumes on the history of political institutions, and he said that those books would be to the Federalist Papers what wine was to water, which makes me very sad that we never got to read them. Also he was one of the preeminent lawyers of his day, so I think he would have gone on to argue major cases and write distinguished briefs. So I think he would have continued to matter, even as he remained in political exile.

Read the rest of this interview in the TIME Special Edition Alexander Hamilton: A Founding Father’s Visionary Genius—and His Tragic Fate, available now. Pick up your copy in stores today. 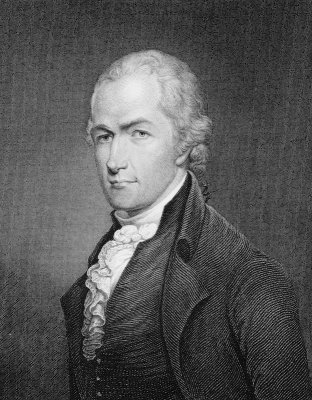