All public schools in Los Angeles were closed Tuesday following an emailed threat that involved backpacks, the district superintendent said in a press conference.

“It was not to one school, two schools or three schools. It was to many schools,” said Los Angeles Unified School District Superintendent Ramon Cortines in a press conference.

The threat, sent to a school board member, is thought to have originated from an IP address in Frankfurt, Germany, district spokesperson Shannon Haber told the Associated Press.

A specific and similar threat was made to schools in New York City, but authorities concluded it was a hoax, New York City officials say. New York Police Commissioner William Bratton told reporters at a press conference that the writer of the email claimed to be jihadist but made errors that suggested otherwise.

“There was nothing credible about the threat. It was so outlandish,” New York mayor Bill de Blasio said.

Cortines said the school district receives many regular threats, but he cited recent events in San Bernardino, a nearby city, and elsewhere as cause to take precaution. Officials said the emailed threat included assault rifles and explosives. The district, the country’s second largest, serves more than 640,000 students in nearly 1,100 schools.

Students and teachers were directed to stay away as schools are searched. Los Angeles Police Department officers have been deployed to schools and federal authorities have been notified, according to LA Mayor Eric Garcetti. The city’s bus and rail system is also providing free rides to students.

School Board President Steve Zimmer asked area employers to be flexible with parents who may need to stay home to take care of their children.”The education of our kids is incredibly important,” he said in a press conference. “The only thing that’s more important is their safety.”

City officials defended the decision to shut down the schools in a second press conference as criticism mounted and did not take questions. “This decision has been made by the School District in an abundance of caution,” said Garcetti. “My number one priority is keeping this city safe.”

Read More: Here’s How Kids in L.A. Are Reacting To Missing School Due to a Threat 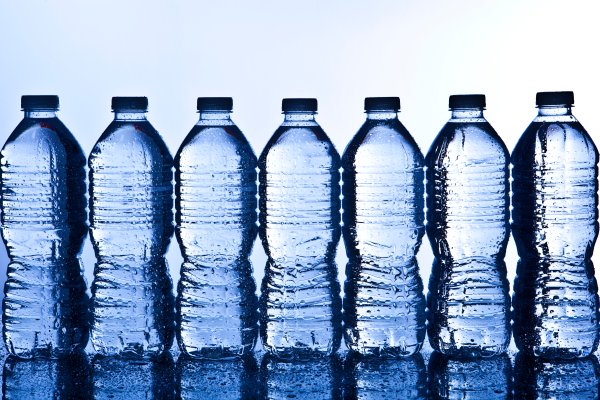 FEMA Sends 28,000 Liters of Bottled Water to Flint, Mich.
Next Up: Editor's Pick