Odell Beckham #13 of the New York Giants catches a touchdown pass as Brent Grimes #21 of the Miami Dolphins defends during the third quarter of the game at Sun Life Stadium on Dec. 14, 2015 in Miami Gardens, Florida.
Chris Trotman—Getty Images
By Justin Worland

Giants wide receiver Odell Beckham landed an incredible catch and barely dragged his toe into the end zone to score a touchdown Monday night in a game against the Miami Dolphins. The touchdown, originally ruled incomplete, contributed to a 31-24 win over the Dolphins.

Beckham had a simple response.

The play joins a long list of incredible moves by the 23-year-old football star. Beckham landed an incredible one-hand catch to score a touchdown against the Dallas Cowboys as a rookie in November 2014. 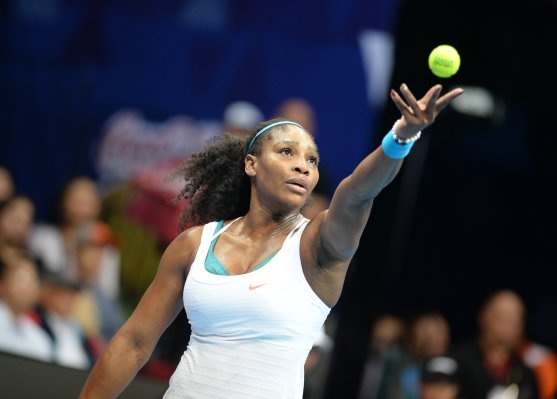 7 Things We Learned About Serena Williams From Sports Illustrated
Next Up: Editor's Pick