A Thai man faces up to 37 years in prison for mocking the king’s dog over social media, an apparent violation of Thailand’s stringent laws against insults aimed at the country’s monarchy.

Authorities arrested factory worker Thanakorn Siripaiboon at his home in suburban Bangkok last week and charged him with writing a “sarcastic” Internet post about Tongdaeng, the mongrel owned by King Bhumibol Adulyadej, as well as with sedition and insulting the King, reports the New York Times.

The Thai military, which seized control of the country in a coup last year, did not specify the exact insult Thanakorn used.

Tongdaeng, whose name means copper, is beloved in Thailand, the Times reports. Last week, the No. 2 film at Thai box offices was Khun Tongdaeng: The Inspirations, an animated picture inspired by a book King Bhumibol wrote in 2002 about his pet.

Thanakorn’s case is the latest concerning a breach of Thailand’s controversial lèse majesté laws — the scope of which, experts say, has broadened considerably in recent years. Last December, two Thai students in their 20s pleaded guilty to insulting the monarchy after staging a play about a fictitious king.

Journalists on Twitter noted that the Times report on the charges against Thanakorn did not appear in editions of the newspaper printed and sold in Thailand. It is the third time this month a blank space has appeared in lieu of content in the Thai edition, the Guardian reports: once on Dec. 1, replacing a story on the struggling Thai economy, and again three days later, instead of an opinion piece on the Thai royal family’s wealth.

In each instance, the newspaper noted that the articles were “removed by [their] printer in Thailand” and that “editorial staff had no role in [their] removal.” 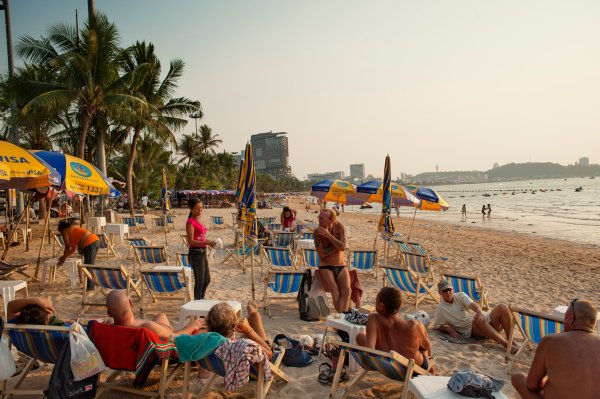 Three Syrians in Thailand Cleared of ISIS Links
Next Up: Editor's Pick