Reading Between the Lines of President Obama’s ISIS Pentagon Briefing

President Obama talks about the U.S.-led war on ISIS at the Defense Department on Monday.
Olivier Douliery / Pool / Getty Images
By Mark Thompson

Part of President Obama’s problem is the human nature of the American people. They like a quick fix, and he doesn’t have one for ISIS. They don’t like to hear a leader say he’s planning on continuing down the same path—just a little faster—when that path hasn’t led to anything approaching victory in more than a year. It doesn’t matter if that route may be the best among unsatisfying options.

Obama seemed in a rush Monday to leave the podium at the Department of Defense, where he delivered remarks following 90 minutes of briefings inside the Pentagon about the war on ISIS. While he issued what could be read as a robust defense of his anti-ISIS policy, he spoke rapidly—almost in a monotone—and took no questions from reporters after speaking for about eight minutes.

The words sounded familiar, but for close followers of the President’s foreign policy, both within and without the Pentagon, they held clues about his frustrations and ambitions. Here a close read of what he said, what he meant and how it is being read, between the lines, in the Pentagon and elsewhere:

“Persistent” was the key word here. While Obama linked it to diplomacy, it’s just as critical to the military fight. When your enemy is elusive—and strikes far from the battlefield, because your enemy defines the entire world as the battlefield—achieving victory is a slow process. They call this “strategic patience” inside the Pentagon, and while it can be a frustrating strategy, it may be the one with the greatest chance of long-term success, military officials believe.

Although that is true in the long run, it may not be so in the short term. Even as ISIS has lost territory in its homeland of Iraq and Syria, it has recently lashed out in Egypt, France, Lebanon and San Bernardino, Calif. In fact, the tighter the military vise squeezes ISIS, some Pentagon officials fear, the more its adherents and sympathizers are likely to attack far from its self-declared capital in Raqqa, Syria.

Given the anemic campaign to date, that’s not saying much.

These are classic “light footprint” approaches, designed to kill the enemy while risking few American lives. It lacks the drama of a U.S. Army assault on Raqqa, which some Republican lawmakers are urging. But Obama’s strategy can keep ISIS pinned down, while local Iraqi and Syrian rebel forces train to fight on the ground. Unfortunately, the public has grown weary of such pledges—remember the Pentagon prediction last February that an assault on Iraq’s second-largest city, Mosul, would happen in April or May? It remains in ISIS hands.

That may count as a “win” in the military’s ledger. Yet once again, it is ISIS’s recent attacks outside its territory—not its stalled offensive at home—that have Westerners unnerved.

Is it really a war when you kill your enemy “one by one”? That’s the challenge of non-state actors like ISIS. Without the trappings of a state—major military units, ports and airfields, for example—the U.S. has to pick off foes individually. and fairly rinky-dink targets. Monday’s list of targets hit included hitting seven ISIS “fighting positions” and five ISIS vehicles, wounding at least “two [ISIS] fighters.” The U.S. is spending more than $10 million a day to destroy $100,000 worth of ISIS gear.

Obama named eight ISIS leaders that he said the U.S.-led coalition has killed since last spring: Abu Sayyaf, Haji Mutaz, Junaid Hussain, Mohammed Emwazi (the beheader dubbed “Jihadi John” in the West), Abu Saleh, Abu Maryam, Abu Rahman al-Tunisi and Abu Nabil. That’s supposedly the good news. The bad news is that few Americans had ever heard of them—and that their slots were quickly filled by others.

There was one name that went unmentioned. While he spoke of the the Syrian civil war, he didn’t mention Syrian President Bashar Assad, whose autocratic rule triggered that war four years ago that has since killed 250,000 people. It has also turned eastern Syrian, the heart of the jihadists’ homeland, into an ISIS incubator. So long as Assad isn’t eased from power—peacefully or otherwise—the war against ISIS is going to continue longer than necessary. 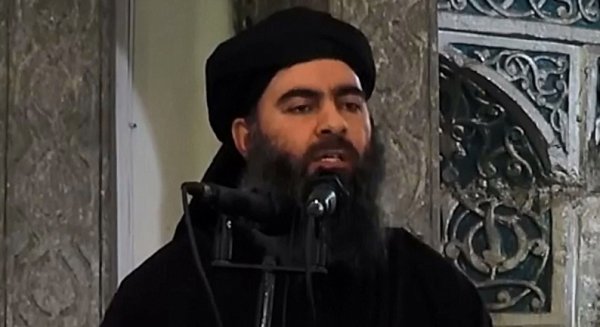 Why Barack Obama Needs To Target ISIS Leadership
Next Up: Editor's Pick