Why So Many Presidents Are So Healthy

Presidential hopeful Donald Trump has “extraordinary” physical strength and stamina, according to his doctor.

The candidate on Monday released a short statement about his health, in which his physician wrote that if elected, Trump would “be the healthiest individual ever elected to the presidency.”

That’s pretty bold assurance considering the men previously elected to the job have lived a remarkably long time. If elected, Trump, 69, would become the oldest person elected to the presidency. Could his own “astonishingly excellent” blood pressure—according to his doctor—offer a similar longevity benefit?

As TIME editors Nancy Gibbs and Michael Duffy wrote earlier this year, there appears to be something special about people holding the position. Former Presidents Jimmy Carter and George H. W. Bush are both currently 91, and Ronald Reagan lived to 93. “Here is a Classic Conundrum of cause and effect: the men who survive the crushing pace (not to mention lethal diet) of multiple U.S. presidential campaigns and go on to hold one of the most stressful jobs in the world also have a habit of outliving the rest of us,” Gibbs and Duffy write.

But why? The duo reports:

—For starters, there is constant vigilance.

—There’s also a mental stamina that might give former U.S. leaders an edge:

—Finding meaningful work after leaving the White House and the pressure to solidify a legacy might also keep leaders young. There are also a few current presidential candidates who share close familial ties with prior U.S. top dogs, which may provide the latter another benefit:

So while Trump may be healthy at 69, he’s not peerless where history is concerned.

Read more: Why do Presidents Live so Long? 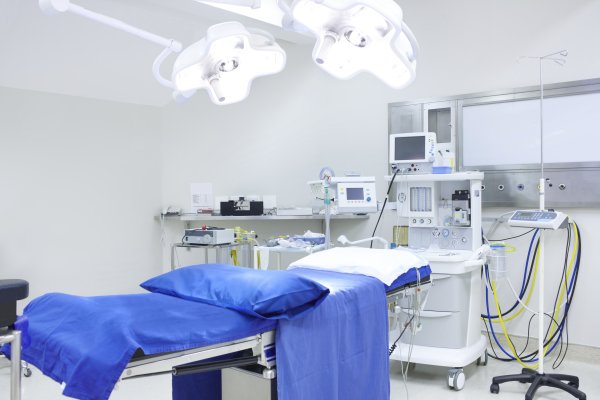 The U.S.'s First Ever Penis Transplants Planned For War Vets
Next Up: Editor's Pick