Donald Trump has hit his highest level national support yet in a new poll, putting him far above his rivals for the Republican presidential nomination.

In a Monmouth University Poll released Monday, Trump received 41% of support from Republican and Republican-leaning voters. Texas Sen. Texas Sen. Ted Cruz came in second, but trailed far behind the billionaire businessman with 14%. Florida Sen. Marco Rubio and former neurosurgeon Ben Carson were the only other candidates to top 5%, with 10% and 9%, respectively.

Trump’s favorability ratings also increased in this poll, up to 61% favorable and 29% unfavorable, after a 52%-33% spread in an October Monmouth poll.

The telephone survey of 385 of Republican or Republican-leaning voters was conducted Dec. 10-13 and has a margin of error of plus or minus 5%. 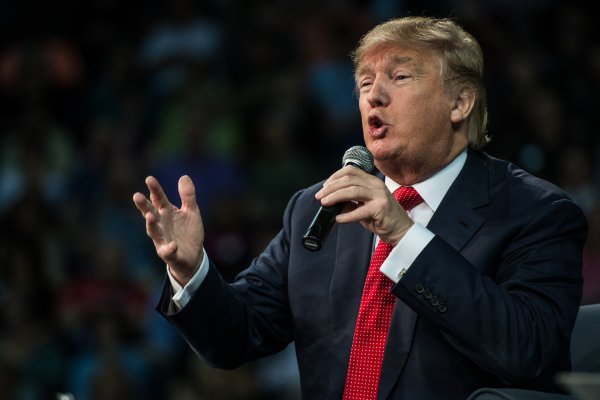 Here's How Much Free Publicity Donald Trump Gets
Next Up: Editor's Pick