How an Energy Crisis, Watergate and Stagflation Helped Bring Us Star Wars

At the end of the 1977, as part of a look back on the previous 12 months, TIME spoke to Marquette University Sociologist Wayne Youngquist about one of the year’s most notable phenomenons: Star Wars, which had been released that May and quickly became what was then the most successful movie in American history. The reason, Youngquist posited, was “because it’s a story of good guys v. bad guys, and the good guys win. We have this hunger for heroes again. This is not an era of antiheroes.”

The period that gave us Star Wars was a very particular time—and that’s something The Force Awakens viewers would do well to keep in mind as the franchise’s latest installment arrives in theaters.

Just ask Garth Risk Hallberg, the author of the new novel City on Fire, an epic set in 1970s New York City. Hallberg’s research took him deep into the era, and he says the link between that moment and our current time helped draw him to the decade in the first place. The mid- and late-1970s were a time when American institutions were collapsing. Watergate had destroyed the collective sense of investment in the democratic process. The Vietnam War, having worn down the nation, had ended in disappointment. Even pop culture was splintering into niches. There had been an energy crisis and an economic crisis, and the end of the Vietnam War did not mean that the world was suddenly all that peaceful.

“It was this very kind of fragmentary period where everybody woke up with a hangover from the ‘60s and was really dubious about getting swept up into anything that large again,” Hallberg tells TIME. “And then all of the sudden you have this myth arrive that seems to speak for everyone and to everyone and that everyone can collectively project themselves into and talk about.”

Star Wars could be seen as an escapist fantasy, more charming and earnest than the world outside the theater. Hallberg cites Jonathan Lethem’s 2002 essay about seeing Star Wars 21 times that summer as an example of framing it as an “escape from a surrounding darkness and a repository of something innocent.” But Hallberg agrees with Youngquist that the story’s moral clarity is just as important as its long-ago-and-far-away setting. “A lot of the other great stuff going on in culture at that moment [was] sort of wised up, not necessarily jaded or cynical but [with a] sense of outpouring, of frustration or something that’s been repressed,” he says. Star Wars, on the other hand, is morally uncomplicated. It’s about a just cause, people coming together and the good guys winning, “like the opposite of Vietnam, in a way.”

And that’s where today comes in.

“I see our time period, where we sit in history, as having something in common with where audiences might have been sitting in May of 1977,” Hallberg says. “There were the oil shocks, this huge economic grinding of the gears going on in the mid-‘70s, and stagflation that followed from that. We don’t have the inflation but I think we have the sense collectively of having lived through an economic trauma and not really having reached escape velocity from that. In 1977, I think there would have been a kind of hangover from a decade or more of armed conflict far away.”

Hallberg notes that the public appetite for The Force Awakens seems even larger than the appetite for the The Phantom Menace and the trilogy it began in 1999—and, if the ‘70s are any indication, that may portend a bigger shift. After years dominated by pop culture antiheroes on TV shows like Mad Men and Breaking Bad, perhaps the nation is ready to celebrate a new era of heroes.

For your security, we've sent a confirmation email to the address you entered. Click the link to confirm your subscription and begin receiving our newsletters. If you don't get the confirmation within 10 minutes, please check your spam folder.
Most Popular on TIME
1
Trump's Reelection Will 'Seal The Fortunes of This Democracy'
2
Exclusive: Alleged Hunter Biden Emails Circulated in Ukraine
3
21 Hidden Gem Horror Movies to Stream Now 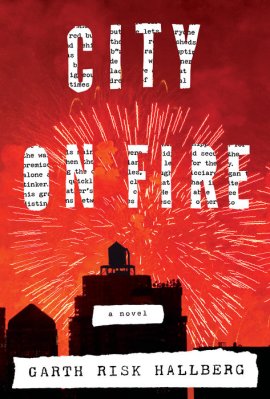 'City on Fire' and the History of Squatters in '70s New York
Next Up: Editor's Pick