Rafe D'Agostino, 7, a second grader, sits between his parents Noelle and Paul D'Agostino during a press conference on Capitol Hill on Dec. 10.
(Photo by Allison Shelley/Getty Images)
By Melissa Chan

Flags in Connecticut flew at half-staff on Monday as Newtown quietly marked the third anniversary of the Sandy Hook elementary school shooting that killed 26 people.

Memorial services were held at houses of worship to honor the lives of the 20 first-graders and six educators lost during 20-year-old Adam Lanza’s shooting rampage on Dec. 14, 2012, USA Today reports.

Newtown faith leaders also plan to light candles and pray with the grief-stricken community during a service Monday evening, according to the Newtown Congregational Church.

“Today, our thoughts are with the families, first responders, and the Newtown community—those who, despite their broken hearts, live each day as an inspiration to us all,” Connecticut Congresswoman Elizabeth Esty said in a statement.

“We reflect on the resiliency of a community that has sparked a growing movement of people all across the country, Americans from big cities and small towns, united in an unending resolve and unceasing commitment to saving lives,” she added.

This is the first year Newtown schools have been open on the day of the somber anniversary, according to the Hartford Courant.

“It is my hope that everyone will find a quiet moment to reflect on what was lost that day,” Superintendent Joseph Erardi Jr. told the newspaper. “Newtown is continuing to rebuild and heal.” 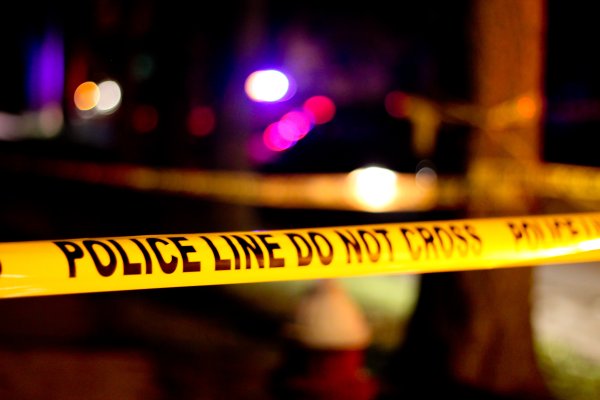 Georgia Mayor Shot Dead at Home
Next Up: Editor's Pick