Libyan representatives Emhemehed Shoaeb, left, and Taher Sonni take part in an international conference on Libya at the Ministry of Foreign Affairs on Dec. 13, 2015 in Rome.
Mandel Ngan—AFP/Getty Images
By Jared Malsin / Cairo

Libyan officials are preparing to form a unity government on Wednesday in a move world powers regard as an urgent step toward dislodging ISIS from the country, but a cloud of uncertainty is hanging over the accord even before it is signed.

The difficulty facing the Libyan negotiators who met in Rome on Sunday is that they may not have the full support of Libya’s rival political camps and their allied militias who are ensnared in conflict nearly five years after an armed uprising ended the regime of Muammar Gaddafi.

Libya is currently split between two parliaments, one in the capital Tripoli and the other meeting in the city of Tobruk, in eastern Libya. With ongoing concerns about security in Tripoli, the unity accord is set to be signed in the city of Skhirat, in Morocco.

Neither of the the two rival parliaments has endorsed the proposed government. The future government does not know where it will convene, or how it will gain control of trappings of state like the central bank and security forces. It is not clear how any future government will bring Libya’s many militias to heel.

Analysts say that, if support on the ground does not materialize soon, the unity deal could result in a nightmare scenario: three governing bodies meeting in three different cities, all claiming legitimacy. Due to the sense of urgency surrounding the battle against ISIS the Libyan negotiators are set to proceed anyway, backed by 17 key states including the U.S, Egypt, Turkey, Russia, and China.

“It’s fraught with pitfalls because you could have a paper consensus but then, what does that mean on the ground in terms of actual governance?” said Frederic Wehrey, a senior associate at the Carnegie Endowment for International Peace. “This agreement could produce yet a third governing body that is backed by the international community but lacks legitimacy at home or lacks authority at home.”

But the United Nations and an array of foreign governments are standing by the proposed Government of National Accord as Libya’s best hope of reversing the advance of ISIS militants. A unity government with real support in Libya could deny ISIS the chaos on which it has thrived for over a year.

The turmoil began in 2011 when a popular uprising, backed by NATO airstrikes, toppled the regime of leader Muammar Gaddafi, ending decades of authoritarian rule. Libya’s Italian colonizers and later the Gaddafi regime left the country with weak institutions which were further destabilized in the revolution. A split in the elected parliament in 2014 left the country with two rival governments and their allied militias vying for power.

The jihadists saw an opportunity, establishing a foothold in the power vacuum opened by political disunity. ISIS infiltrated the country around the same time that the group’s militants swept across Iraq and Syria, proclaiming their caliphate. Today ISIS rules the coastal city of Sirte and has staged attacks in other parts of the country. ISIS has an estimated 2,000 to 3,000 fighters in Libya, including many foreigners and also Libyans returning from the battlefield in Syria.

In Sirte, which was Gaddafi’s birthplace, ISIS has replicated some of the brutality that was its hallmark in Iraq and Syria. In August, the militants quelled a rebellion sparked by the killing of an influential preacher, hanging at least four people from lampposts on the town’s streets. It was also in the Sirte area that ISIS kidnapped 21 Christians and executed them in a gruesome videotape released in February.

Amid the ongoing strife in Libya, none of the country’s other major militias has been able to dislodge the jihadists. In fact, there are signs that ISIS is expanding. Last week, the militants reportedly stormed the city of Sabratha, home to famed Roman ruins. Earlier this year, the militants attacked several of Libya’s oil facilities and also attacked a major hotel in Tripoli.

Europe, the U.S., and neighboring states fear that that those attacks could soon reach beyond Libya’s borders if the ISIS presence goes unchecked. Those fears are part of what has created the sense of urgency around forging a unity government.

“We cannot allow the status quo in Libya to continue,” said U.S. secretary of state John Kerry speaking to reporters in Rome following the announcement of the unity deal on Sunday. “Now because of the increased presence of Daesh purposefully migrating there, it is dangerous for everyone,” he said, using the Arabic acronym for ISIS.

But the international community’s commitment to the unity accord has not yet been matched by domestic commitment. According to U.N. envoy Martin Kobler, representatives of both the rival parliaments will sign the agreement on Wednesday, along with members of Libyan political parties and municipal governments. But other local leaders and armed groups have rejected the deal as a foreign imposition. As for the dueling parliaments, the leaders of both houses oppose the accord.

“The two bodies don’t agree on much, but they do agree on blocking this deal,” wrote Emma Bonino, the former Foreign Minister of Italy and Jean-Marie Guéhenno is the president of International Crisis Group, writing in Politico.

That political paralysis leaves the military fight against ISIS stalled. Some western states see a unity government as a possible partner in military operations. But in the meantime the U.S. is striking ISIS targets from the air. The Pentagon has confirmed that it had killed an Iraqi ISIS leader Wissam Najm Abd Zayd al Zubaydi, known as Abu Nabil, in an airstrike in November.

But even if a unity government is formed with thin support on the ground, it is unclear whether the new body will be of any utility to western militaries.

“A unity government will effectively not have any control over—let’s call it the monopoly of violence, over the ability to control the country militarily,” said Dirk Vandevalle, an associate professor of government at Dartmouth who has spent some 25 years studying Libya.

Claudia Gazzini, a Tripoli-based analyst at International Crisis Group, said, “We know ISIS thrives in situations of fragmentation and of internal fighting and so in a Libya where there’s very little agreement on this future government, it is very probable that this will lead to armed groups to continue to fight, even against this government.” 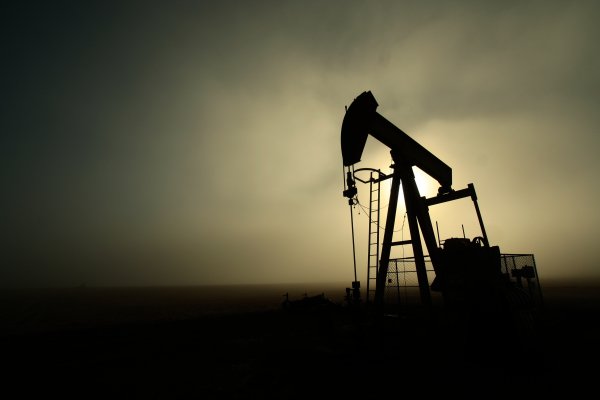