Parents who feel like they’re in the throes of an epic battle with consumerism are right, says Dan Cook, professor of Childhood Studies at Rutgers-Camden. In recent decades there’s been an explosion of marketing to kids. That marketing is “much more sensitive and nuanced” than ever, Cook says.

And in the digital age, it’s everywhere. Previous generations had to leave the house to go to the store or see an advertisement. But for today’s kids, commercial things have become part of every day life.

That doesn’t mean that having stuff is bad, Cook says. “Before there was big capitalism, human beings made things and traded things. When it comes down to it, we have to have stuff.”

It’s important even for elementary age kids to feel like their desires are heard, Cook says. “You would be a tyrant if you did not listen to what your children want.” And the holidays can be a great time for kids to begin to think about their desires in an organized way: from deciding what costume they’d like to wear at Halloween, to deciding what does and doesn’t belong on their holiday wishlist.

As kids grow into middle school, says Cook, parents can start conversations that shift the focus from the stuff kids want, to what it means to give and receive. In particular, Cook says, it’s good to focus on the fact that a gift is always a response to a relationship. So instead of just talking about what kids want, parents can get them talking about why someone might give a gift – as well as how to be someone who gives thoughtful gifts.

High school kids are old enough to start to think not just about what they want, but why. And at this age, Cook says, parents can still shift the focus off of the objects kids might fixate on, to the bigger questions How? By encouraging kids to think about what their desires might say about them: are the things they want “manifestations of emerging talents or interests?”

At any age, Cook says, it’s best to focus less on an object, and more about what the object means in our life. “What are these things doing for us?” he asks. And can they help us learn who we are, or help us become what we want to be? 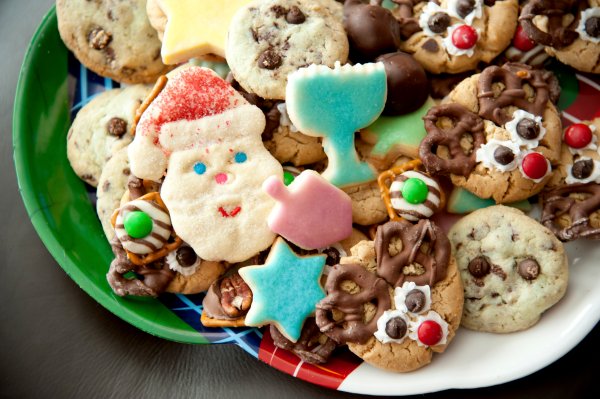 How to Talk to Your Kids About Family Traditions
Next Up: Editor's Pick