Customers try out Apple Inc. iPhone 6 smartphones at an Apple store in the China Central Mall in Beijing, China, on Tuesday, Nov. 11, 2014.
Bloomberg—Bloomberg via Getty Images
By Lisa Eadicicco

Are you one of those people who can’t go more than five minutes without checking your phone? As it turns out, most of us are exactly the same way.

A study recently released by Deloitte found that Americans collectively check their smartphones upwards of 8 billion times per day. That’s an aggregate number that refers to the number of times all Americans throughout the country look at their mobile devices on a daily basis.

Unsurprisingly, the survey found that most people check their phones while shopping, watching television, and during leisure time. However, Deloitte also found that 81% of Americans spend time looking at their phones while dining out in restaurants. “Some of this is going to require new etiquettes emerging,” says Craig Wigginton, Vice Chairman and U.S. Telecommunications Leader for Deloitte.

One reason Wigginton believes Americans are checking their phones more often now than ever before is because more people are using their phones for financial transactions. Mobile payment apps have been around for years, but companies like Apple, Google, and Samsung have all launched new tap-to-pay services in the 2014-2015 timeframe. “We’re seeing a perfect storm of technology in the device, technology in the store, and security being put into the retail environment,” says Wigginton. 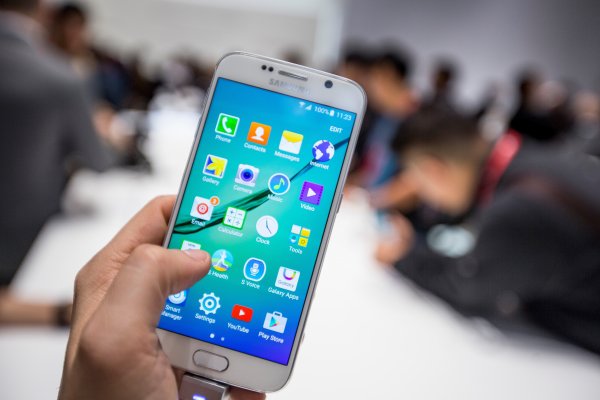 Samsung's Galaxy S7 May Have A Pressure Sensitive Screen
Next Up: Editor's Pick