This One Stat Reveals the Sharing Economy's Racism Problem

The logos of Airbnb sit on banners displayed outside a media event in Johannesburg on July 27, 2015
Waldo Swiegers
By Alex Fitzpatrick

Users of accommodations-booking site Airbnb that have African-American sounding names are less likely to have their rental requests approved by potential hosts, according to a new report that highlights the difficulties minorities face when taking part in the sharing economy.

Using a handful of fake profiles built for the study, researchers at Harvard Business School sent approximately 6,400 messages to Airbnb hosts in five cities seeking a place to stay for the same September weekend. The profiles were exactly alike save the names, with 10 using “distinctively African-American names” and another 10 featuring “distinctively white names.”

While the study focused on Airbnb, that company is but one of a growing number of startups that enable property owners to monetize their stuff when it would otherwise be laying dormant. Turo, formerly RelayRides, lets car owners rent out their rides. TaskRabbit makes it possible for users to rent their labor. And Zilok is full of rental options from sewing machines to Xboxes.

Much ink has been spilled on how these sharing startups could change consumer capitalism itself: after all, if we can rent the stuff we only need infrequently, it could mean we’ll buy fewer things overall. Cars are the obvious example here. They’re one of the most expensive things we ever buy, but they sit idle for most of their lives. Renting them out would mean the owner recoups some of their cost while the renter gets access to a vehicle that might be otherwise financially off-limits, changing the dynamics of the auto industry. But if a sizable swath of the population can’t take part in the sharing economy because of conscious or subconscious racism, it’s hard to see it having such a grand impact.

To be clear, the study’s data is reflective of Airbnb hosts, not the company itself. But the study’s authors suggested one way Airbnb might address the issue: simply let guests book rooms without first revealing their names. As report co-author and Harvard Business School associate professor Benjamin Edelman points out, Airbnb hosts can already see a wealth of other information about potential guests: that their account is validated, their phone number, email and mailing addresses have been checked, they have a credit card on file, and they have a linked Facebook account with friends who have stayed in an Airbnb before.

“If you had to choose between all of that stuff, vs. looking at the guy’s face, I dare say, the face isn’t particularly useful after you’ve heard the report that I just gave you,” says Edelman.

That may be true from a perfectly logical, data-driven perspective. But one of Airbnb’s biggest challenges remains convincing skeptics that it’s perfectly safe to rent out a room to a stranger from the Internet. Seeing a potential guest’s name instantly makes them more familiar, helping to normalize what is, if you think about it, a pretty bizarre arrangement.

For its part, Airbnb is talking with Edelman and the report’s other authors to hear out their recommendations. “We are committed to making Airbnb one of the most open, trusted, diverse, transparent communities in the world,” says company spokesperson Jakob Kerr. “We recognize that bias and discrimination are significant challenges, and we welcome the opportunity to work with anyone that can help us reduce potential discrimination in the Airbnb community.” 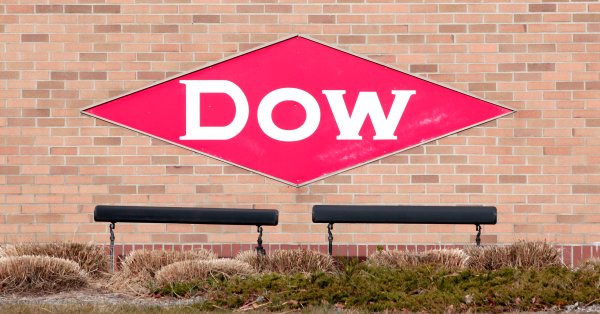 Dow Chemical and DuPont Announce Mega-Merger
Next Up: Editor's Pick