Here's How Much Free Publicity Donald Trump Gets

First it was the summer of Donald Trump. Then it became fall, and now winter, and still Trump sits atop the Republican polls and dominates every news cycle. For his campaign, that constant exposure essentially translates to free money.

That’s according to a Bloomberg analysis, which found Trump has enjoyed the equivalent of as much as $23.4 million in free media this year from ABC, NBC and CBS alone. Bloomberg arrived at this figure by looking at the total time Trump has spent on those networks and the average cost of a national ad.

“There’s really no precedent for the amount of free media that Trump is able to get,” Richard Skinner, who studies money in politics for the Sunlight Foundation, told the website. “In part just because he’s a celebrity in a way we’ve really never seen before in a presidential candidate. His name ID is comparable to a sitting president. And this is his career. It’s what he’s been doing for the past several decades, which is generating lots and lots and lots of free media.” 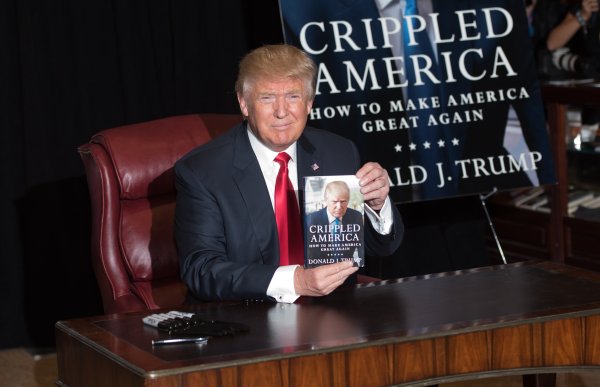 Donald Trump Sells Out of His Own Autographs
Next Up: Editor's Pick