The mayor of a northern Georgia town was fatally shot in his home late Sunday, police and city officials said.

Clarksville Mayor Terry Green died at a local hospital after police say he was found in his home with a gunshot wound to his head about 7 p.m., CBS News reports. The death may have stemmed from a domestic dispute, police said.

The Georgia Bureau of Investigation is looking into the incident. No arrests have been made yet, according to CBS.

Greene, a married father of four children, was elected mayor in 2005 and re-elected in 2009, according to the city’s website.

“We are all devastated by the tragic loss of our mayor, colleague and friend Dr. Terry Greene,” the city said in a statement. “Our thoughts and prayers are with the family and we ask that you please respect their privacy during this difficult time.”

Clarksville, located about 85 miles northeast of Atlanta, is home to about 1,250 residents. 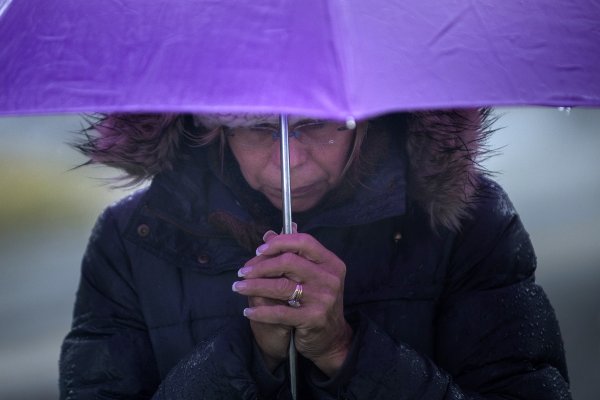 Since Sandy Hook, an American Kid Has Died by a Gun Every Other Day
Next Up: Editor's Pick