About 10% of pregnant women take antidepressants, and most start before they become pregnant. The medications—the most popular of which are the selective serotonin reuptake inhibitors, or SSRIs—are important for treating depression, but they also carry a warning that pregnant women shouldn’t take them because the drugs could potentially harm developing babies. Some studies have linked the drugs to a higher risk of certain birth defects, while others found that some of this risk was overblown.

In the latest study, published in JAMA Pediatrics, researchers try to clarify how safe antidepressants are during pregnancy. They looked at any connection between the prescription medications and autism in children born to women who used them while pregnant. The current analysis detected a slightly higher risk of autism among children of antidepressant users, but experts say that the risk is still very small.

MORE: These Antidepressants May Be Riskier For Pregnant Women, Study Says

Previous studies investigating the same risk found conflicting results; some detected a link while others did not. But most earlier studies involved small numbers of women and their children, so Anick Berard, professor of perinatal epidemiology at the University of Montreal, and her colleagues turned to a much larger population: all of the babies born in Quebec between 1998 and 2009. They correlated whether the mothers filled a prescription for an antidepressant a year before getting pregnant, just before or any time during pregnancy with another factor: diagnosis of an autism spectrum disorder in their infants.

Among all single births, the risk was highest among expectant moms who began antidepressants during their second or third trimesters, compared to those getting the medications during their first trimester. That makes sense, says Berard, because while anatomical development of organs occurs early during gestation, brain development, which could affect autism risk, starts later.

MORE: Why Taking Antidepressants During Pregnancy Might Not Be So Risky

Because they had prescription data, Berard’s team could also see whether different types of antidepressants had different effects on autism risk. The SSRIs were associated with a two-fold greater risk. Berard stresses that this increased risk is small risk relative to the rate of autism among newborns. On average, about 1% of babies born are diagnosed with the developmental disorder. The greater relative risk seen in this study raises that to under 2%—a small relative increase.

Other experts caution that the findings don’t necessarily help women struggling with the difficult question of whether to continue (or in some cases start) taking antidepressants during pregnancy. Treating depression is important for a healthy pregnancy, since mentally healthy mothers will be better able to take care of themselves and their growing babies.

“Unfortunately I don’t think this study really adds a lot in terms of our understanding about how antidepressants may affect the developing fetus,” says Leandra Berry, associate director of clinical services autism center at Texas Children’s Hospital, who was not involved in the study.

While the study involved a large number of women, it still could not establish for certain that the antidepressants—and not the depression or anxiety prompting the prescription—were contributing to the autism risk.

“Prior research suggested a link between maternal mental health conditions including depression, bipolar disorder and schizophrenia to an increased risk of autism spectrum disorders (ASD) in their offspring,” says Berry. “Just depression alone could account for the slightly increased risk of ASD in this sample who were born to mothers who were exposed to antidepressants. [The researchers] cannot parse out what unique contribution antidepressant usage was making above and beyond having depression or a mental health condition.”

There might be something about the women being prescribed antidepressants during pregnancy that makes them different somehow from women not prescribed the drugs, and that difference might be involved in the connection to autism. Dr. Bryan King, director of Seattle Children’s Hospital Autism Center, who wrote an editorial accompanying the study, says that women who continue taking antidepressants during their pregnancy may also have more severe depression or anxiety than women who might also be depressed but aren’t prescribed the drugs. That may also be a factor in autism risk, since some genetic studies have found connections between genes associated with depression and those correlated to autism. “It’s really hard to drill down into the signal found in this study and to attribute it to the drugs specifically,” he says.

MORE: How Brain Scans Can Diagnose Autism With 97% Accuracy

She admits that in some ways her results are somewhat crude. The study did not account for the severity of depression, the dose of the antidepressant or how much of the medications they actually took. Berard could only use filling a prescription as an indication that the women took at least one pill; some may have taken the entire prescription, which usually lasts for a month, while others did not.

But she hopes that the findings serve as a stepping stone to more research—specifically studies that analyze the dosage of antidepressants—to tease apart the long-term effects that the drugs taken during pregnancy can have on child development. In the meantime, she, Berry and King say that the study should not discourage women who need the medications from taking them even if they become pregnant, because depression can have serious consequences if it’s untreated. 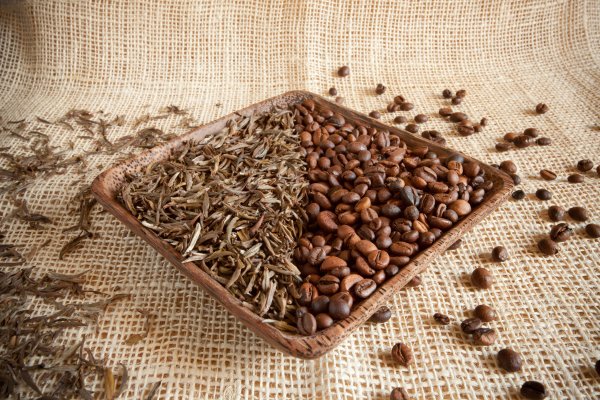 Coffee vs. Tea: Pros, Cons and How to Drink Them Best
Next Up: Editor's Pick