Ed Sheeran is signing offline – and he won’t be back anytime soon.

“Hello all. I’m taking a break from my phone, emails and all social media for a while,” the 24-year-old wrote. “I’ve had such an amazing ride over the last five years but I find myself seeing the world through a screen and not my eyes so i’m taking this opportunity of me not having to be anywhere or do anything to travel the world and see everything I missed.”

He continued, “To my family and friends, if you love me you will understand me buggering off for a bit, to my fans, the 3rd album is on it is way and is the best thing I have made thus far.”

The star wrote that he’d be returning to the Internet “next autumn” and thanked his fans for their understanding.

Sheeran was just nominated for several Grammy awards at the upcoming 2016 ceremony. His hit track “Thinking Out Loud” is up for record of the year, song of the year and best pop solo performance.

It was also announced the Sheeran is Spotify’s most-played artist of all time, with over 3 billion streams to date and 59 million listeners in 2015, alone.

Only time will show what impact Sheeran’s self-imposed social media ban will have on his chart-topping popularity. We doubt any, though (see: Adele). 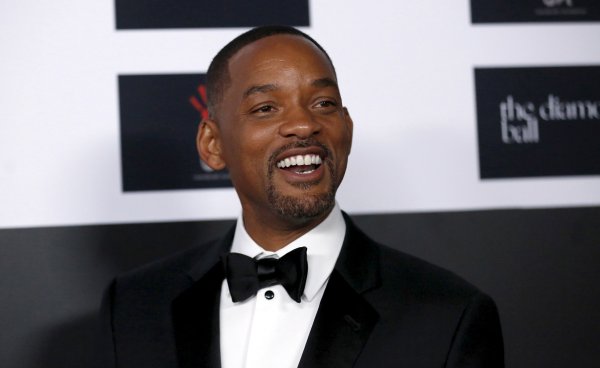 Will Smith Says He May Be Forced to Run for President
Next Up: Editor's Pick