Will Smith Says He May Be Forced to Run for President

Will Smith already has a diverse and eclectic resume that includes music, film, and television. But in an interview with Tracy Smith for CBS’ Sunday Morning, he said that with the United States’ current political climate as it is, he may end up setting his sights on the Oval Office, too.

“If people keep saying all the crazy kinds of stuff they’ve been saying on the news lately about walls and Muslims, they’re going to force me into the political arena,” Smith told CBS News.

When asked if he had a specific political office in mind, he laughed and replied, “I mean, I gotta be the president. Come on!”

Smith has previously hinted that politics could be in his future. Speaking last month on The Hollywood Reporter’s Awards Chatter podcast, he said, “As I look at the political landscape, I think that there might be a future out there for me. They might need me out there. This is the first year that I’ve been incensed to a level that I can’t sleep, you know? So I’m feeling that at some point, in the near future, I will have to lend my voice to the conversation in a somewhat different way.”

Smith stars in the upcoming Concussion as Dr. Bennet Omalu, a Nigerian-born doctor investigating brain damage in the NFL. While the actor has earned acclaim for his performance in the film — and a Golden Globe nomination — he says his ambitions stretch beyond being one of the biggest stars in Hollywood.

“I tell my kids, ‘Be as unrealistic as possible, and then figure out how to make it real,” Smith said. “The best things that have ever happened, ever, were unrealistic before they happened. So for me, I think being the biggest movie star in the world as a goal actually was too small.”

Watch the full Sunday Morning interview with Smith below. 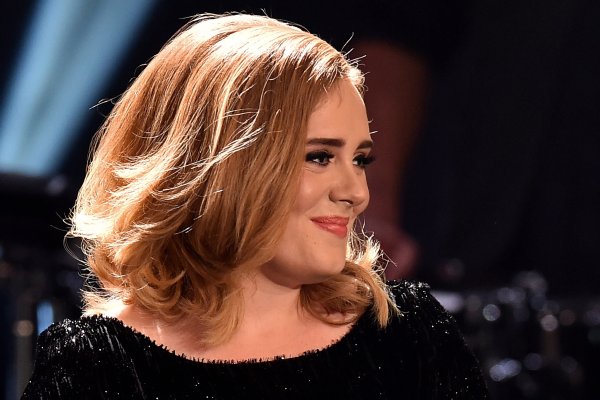 Adele Cut Her Hair and the Internet Is Freaking Out
Next Up: Editor's Pick