Donald Trump has moved back into the lead of the 2016 Republican presidential contest, while Ted Cruz has surged into second place, according to a new national NBC News/Wall Street Journal poll.

Meanwhile, Ben Carson — who was ahead in the poll back in late October — has dropped 18 points to fourth place in the GOP race.

In the current poll, Trump is the first choice of 27 percent of Republican primary voters (up four points since the last poll).

But Carson is now in fourth at 11 percent (down 18 points) — and much of his support has transferred to Cruz. 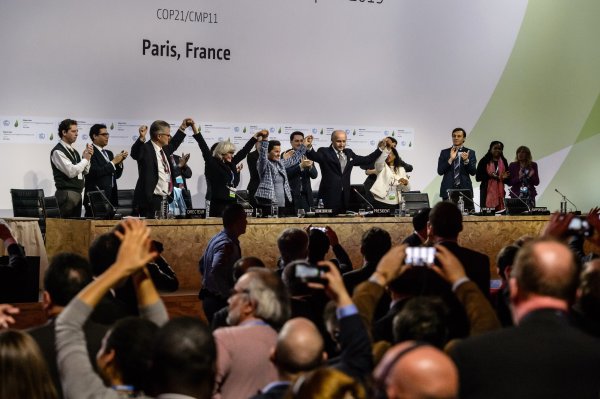 Obama Trumpets Paris Climate Deal: 'We Met The Moment'
Next Up: Editor's Pick