Police have arrested a 23-year-old man on suspicion of a hate crime and arson after a mosque in Coachella, Calif. went up in flames on Friday.

Carl James Dial Jr. has been linked to the blaze that broke out at the Islamic Society of Coachella Valley, the Riverside County Sheriff’s Department said Saturday. The Palm Desert suspect was booked on five felony charges, including commission of a hate crime, arson, maliciously setting a fire and second-degree burglary, the Los Angeles Times reported.

“If in fact it was done with the mosque as a target … it’s reprehensible, and the people who perpetrated that act should be treated the way we would any other terrorist,” Riverside County Supervisor John Benoit told the newspaper.

The incident is still under investigation, authorities said. There were no injuries from the fire.

The FBI is investigating the fire, and the Bureau of Alcohol, Tobacco, Firearms and Explosives was on the scene Friday and Saturday. 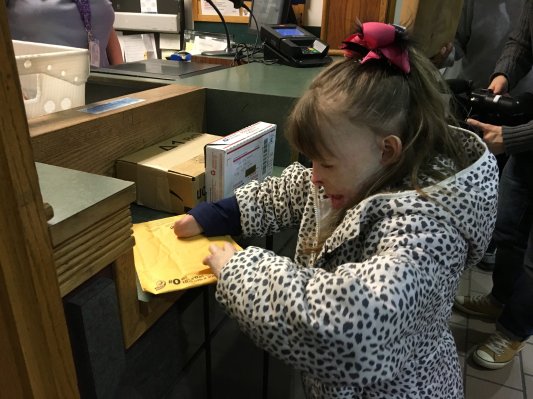 Burned Girl Who Lost Family in Fire Gets Thousands of Christmas Cards
Next Up: Editor's Pick