Safyre Terry opens a gift at a post office near her home in Rotterdam, NY.
Mary Esch—AP
By Melissa Chan

Thousands of Christmas cards have been pouring in for an 8-year-old New York girl who was badly burned in an arson fire that killed her family.

Little Safyre Terry has received more than 18,000 holiday cards and about 400 packages after her touching Christmas wish to fill her “card tree” went viral this week, News 10 ABC reports. The overwhelming amount of support has inundated her local post office, the news station said.

Safyre, of Schenectady, New York, lost her family in a 2013 house fire that authorities say was intentionally set, CNN reported. The little girl suffered severe burns to her face and also lost her right hand and foot, according to CNN.

“This year’s been magical, amazing,” the girl’s aunt, Liz Dolder, told the Associated Press. Dolder posted a picture of her niece earlier this week, saying how the girl only wanted to fill up a small thrift store-purchased card tree this year. 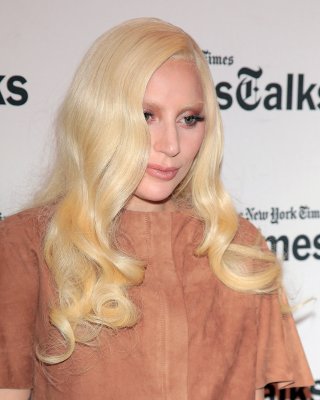 Lady Gaga on Being Raped at 19: 'It Changed Who I Was Completely'
Next Up: Editor's Pick