The Force is strong with these two.

Olivia Munn on Friday playfully posted a photo on Instagram posing with her boyfriend Aaron Rodgers in Star Wars garb, asking fans to choose who had the better outfit.

Munn’s Green Bay Packers quarterback beau can be seen standing stoically in the background in the iconic jedi robe.

“Who’s the bigger #StarWars fan…The one who bought this awesome shirt at @oldnavy or the one who already owned his own Obi-Wan Kenobi robe?” the actress wrote.

The much-anticipated The Force Awakens, the seventh installment in the film saga, will be released Dec. 18. 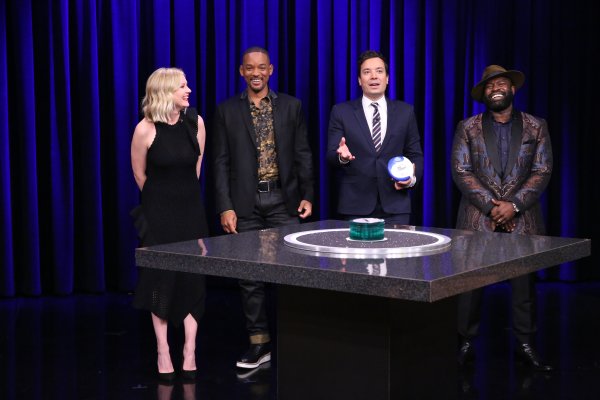 Watch Will Smith and Kirsten Dunst Play Catchphrase With Jimmy Fallon
Next Up: Editor's Pick