The Treasury Department will not be unmasking the female face of the next $10 bill until sometime next year.

The department has asked for more time to deliberate on which woman will grace the new note after being bombarded with ideas, a spokesperson for Treasury Secretary Jacob Lew told CBS News in a statement on Friday.

“As a result of the tremendous amount of engagement, we have many more ideas than we had originally anticipated,” the statement said. “Therefore, we are taking additional time to carefully review and consider a range of options to honor the theme of democracy as well as the notable contributions women have made to our country.”

The Treasury Department sought out the public’s help earlier this year in choosing which female face would be featured on the new denomination. Its pick can be expected in 2016, the spokesperson said.

“This process is about more than just one square inch on a bill,” the statement said, “and we look forward to sharing the Secretary’s decision on currency redesign in the new year.”

The $10 bill currently features Alexander Hamilton, the nation’s first Treasury Secretary. The female icon would join him on the new note, which is expected to be unveiled in 2020. Nominations include equal-rights champion Alice Paul, libertarian philosopher Ayn Rand, Susan B. Anthony and Harriet Tubman. 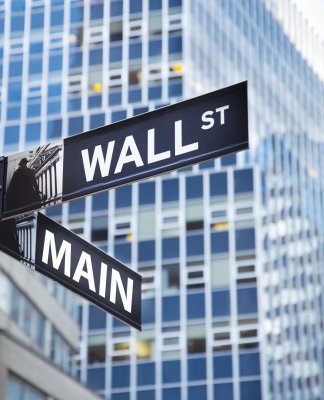 How the Wall Street-Main Street Divide Affects Your Wallet
Next Up: Editor's Pick