A mosque in Coachella, Calif. went up in flames on Friday after an incident that is being investigated as arson.

The fire broke out at the Islamic Society of Coachella Valley just after noon local time, the Riverside County Sheriff’s Department confirmed. The fire has since been contained, and officials are investigating it as “possible arson.” The sheriff’s office would not say if the incident was being investigated as a hate crime. There were no injuries.

The FBI is reportedly investigating the fire and the Bureau of Alcohol, Tobacco, Firearms and Explosives said it was on the scene Friday:

The incident came days after a severed pig’s head was found outside a Philadelphia mosque, the latest in a spate of anti-Islamic incidents following terrorist attacks in Paris in November. The Los Angeles Times reports that a shot was fired into the Coachella mosque last year, and investigated as a possible hate crime. No one was injured. 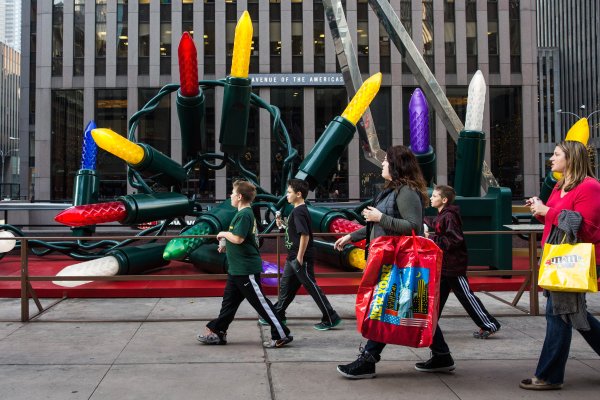 It's Beginning to Feel a Lot Like a Very Warm Winter
Next Up: Editor's Pick