The world’s most famous and mysterious graffiti artist just struck again, this time at a migrant camp.

Banksy put up a new image at the Calais refugee camp known as “the Jungle,” the Guardian reports. The graffiti shows Apple founder Steve Jobs in his trademark turtle-neck, with a sack slung over his shoulder and a computer in the other hand.

In a statement accompanying the work, Banksy explained he chose to depict Jobs this way because the Apple founder was himself the son of a Syrian immigrant. “We’re often led to believe migration is a drain on the country’s resources but Steve Jobs was the son of a Syrian migrant,” Banksy said, according to the Guardian. “Apple is the world’s most profitable company, it pays over $7bn (£4.6bn) a year in taxes – and it only exists because they allowed in a young man from Homs.” 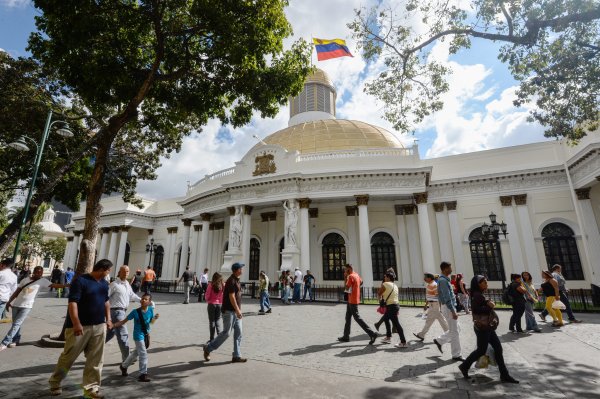 These 5 Facts Explain Why Venezuela Is in Big Trouble—Still
Next Up: Editor's Pick