How to Not Be Scared of Terrorism—Or Anything Else

According to a recent New York Times/CBS News poll, Americans are more afraid than they have been since the terrorist attacks on Sept. 11, 2001. As a psychologist who specializes in traumatic stress, I believe there can be some value in empathizing with other people’s suffering. But it becomes a problem when people become incapacitated or overwhelmed by the “bad” things out there and shut out the world.

For trauma survivors, seeing terrible world events—such as recent mass shootings and terroristic attacks—can be re-traumatizing. It can trigger Post Traumatic Stress Disorder. This can cause them to have more nightmares, become more hyperaroused and alert, and anticipate danger at every turn. It can reinforce in their minds that the world is a dangerous place, people are bad, and they are unsafe.

But how does it affect those of us who haven’t physically experienced trauma?

After the 9/11 attacks, there was widespread concern that people who did not directly experience the attacks but who watched it on TV could experience PTSD. This idea got pushback from scholars in the scientific community, so much so that the recently revised psychiatric diagnostic classification system, which came out in 2013, excluded indirect exposure to terrorist attacks from the definition of a traumatic event.

My 20-odd years of working with combat veterans, former prisoners of war, men and women who have experienced interpersonal violence, and people who escaped the World Trade Center towers on Sept. 11 supports that analysis. The reactions of trauma survivors are different from those of people who have not experienced trauma firsthand. But the difference in no way diminishes the emotional distress that many of the rest of us experience in watching or hearing about awful events. What we feel may not be full-blown PTSD per se, but that does not mean our signs of distress do not warrant recognition and possible intervention.

As news of attacks and possible threats seem to pile up, many react with compassion fatigue—feeling helpless, shutting down and not caring. Others become hyperaroused—feeling overly fearful, taking too much to heart, and changing their routines.

After the 9/11 attacks, the American Psychological Association released a series of free fact sheets to help people cope with terrorism and other disasters. They are as timely now as they were then. During stressful times, it’s important to maintain a daily routine; stay connected with social support systems, such as friends, family and organized religion; and take care of yourself, such as by eating properly, exercising and resting.

It’s also very important to keep things in perspective. In an insightful op-ed for the New York Times, Richard Friedman, a professor of clinical psychiatry at Weill Cornell Medical College in New York, reminds us that Americans are far more likely to die in a car accident than in a terrorist attack.

I tell my trauma patients that together we are going to take off their “trauma glasses” and clean them a bit—not make them rosy, but just clean them so that they can see the world more clearly. Although there are people in this world who are dangerous, and these attacks are absolutely horrific, we all need to know that the world and the people in it are far more good than they are dangerous.

So while we need to take care of ourselves and our loved ones, please do not stay in your homes “locked and loaded.” Instead of viewing all of the world or certain groups as evil and dangerous, I hope we learn to carry on with our normal lives—not react with fear. 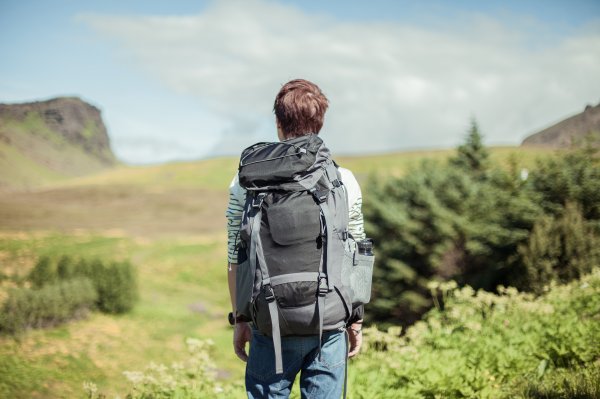 How to Be Creative: 6 Secrets Backed By Research
Next Up: Editor's Pick