People inspect damage at an oil refinery that was targeted by what activists said were U.S.-led air strikes at al-Khaboura village, Syria, on Oct. 2, 2014.
REUTERS
By Mark Thompson

Fighting terrorists can render many of the military’s most powerful weapons all but impotent. Without columns of troops and tanks, flotillas of warships, and aircraft sitting duck-like on enemy airfields to attack, sometimes it seems as if conventional armies are befuddled over how best to fight terrorists. That certainly has been the case with the U.S.-led war against ISIS. For more than a year, Washington and its allies conducted a modest air campaign against mostly motley targets, ranging from “fighting positions” (basically, fancy desert foxholes) to “berms” (ridges of desert dirt). They were, in fact, largely pounding sand.

The bombs barely struck ISIS’s economic aorta: the oil ISIS pumped and sold from the lands it has seized in Iraq and Syria. Oil sales are the ISIS’s “single most important source of income,” the Rand Corp. says. ISIS has been selling up to 40,000 barrels a day, generating $1 million or more every 24 hours. While individual terror attacks may be cheap, the self-declared ISIS caliphate that orders or inspires them costs an estimated $500 million annually to operate. Beyond paying for salaries, schools and other local services, the cash funds jihad at home and abroad: from Beirut, to Egypt, to Paris to San Bernardino.

Defense Secretary Ashton Carter told Congress earlier this month that the U.S.-led alliance had spent 15 months attacking “largely small-scale” oil facilities before stepping up attacks in late October. Hitting those modular refineries didn’t do much. “By their nature, these refineries can be replaced and rebuilt by importing replacement parts and machinery,” the international Financial Action Task Force has reported. And that’s just what ISIS engineers did: they patched them back together to keep most of the oil, nearly all of which is consumed in Syria and Iraq, flowing.

But eventually, the military worked its way around both obstacles. In mid-May, Iraq-based U.S. Army Delta Force soldiers killed Abu Sayyaf, known as ISIS’s “oil emir,” during a nighttime raid into eastern Syria. The commandos also vacuumed up extensive records, giving U.S. intelligence officials their best insight into ISIS’s oil network. By the fall, Pentagon officials say they had figured out how to shut off the oil’s flow while preserving key pieces of oil-production infrastructure. They also say they had learned how to distinguish between ISIS oil tankers and non-ISIS oil tankers.

So for the first time on Oct. 21, the U.S.-led coalition dropped leaflets warning ISIS drivers to flee before bombs began destroying hundreds of their trucks. That was three weeks after Russia began bombing rebel groups, occasionally including ISIS, inside Syria. The U.S., which is carrying out about 80% of the attacks during Operation Inherent Resolve, even gave the stepped-up campaign a new name: Operation Tidal Wave II, echoing World War II’s allied strikes on Nazi oil sites.

The military’s explanation for its initial dawdling campaign seems dubious. General Joseph Dunford, the nation’s top military officer, told Congress Dec. 1 that the U.S. government pinpointed the key nodes in ISIS’s oil operation “back in the spring,” and that the government then spent “a couple of months” planning before ordering the increased strikes.

“There wasn’t a clear understanding of how [ISIS] was generating revenue” until September, the Marine four-star general said. “In the weeks subsequent to August, we started to have a much better appreciation for the source of [ISIS] revenue.” Armed with that information, he said, the U.S. began hammering ISIS oil assets “because we then appreciated how much of an impact that would have.” Yet Army General Lloyd Austin, overseeing the anti-ISIS campaign, said in October 2014 that ISIS “derives significant revenue from oil production.” (Tellingly, in a Nov. 9 letter to Senator Angus King, I-Maine, Austin listed attacking oil targets as the last in a list of 37 accomplishments in the fight against ISIS.)

The strategy has finally shifted from repairable pinpricks to bigger and more precise attacks designed to take ISIS oil offline for months, if not years. “Why did we wait a year?” John McCain, R-Ariz., asked earlier this month, shortly after returning from a trip to the region and speaking with what he called “very frustrated” young U.S. officers unhappy with the campaign’s pace and ferocity. David Deptula, a retired Air Force lieutenant general who ran the air campaign over Afghanistan after 9/11, blames the small-bore bombing on a risk-averse White House, too much concern over civilian casualties, and an emphasis on counter-insurgency warfare “verses what is necessary to shut down a functioning state.”

U.S. officials now say ISIS oil production is shrinking, although they can’t yet estimate by how much. Strikes that damaged refineries have made each subsequent barrel of oil refined in cruder ways less valuable, they say, due to its poorer quality. Bombing oil-collection points has meant longer waits for empty tankers, cutting into ISIS revenue. And attacking tankers has forced them to disperse while awaiting loading, further cutting ISIS’s petroleum profits. Much refining, the Financial Action Task Force said, has shifted to “burning the crude in open pits that produce limited yields of poor-quality product.”

That rudimentary refining has given parts of the ISIS homeland the look of an alien planet. “You can see across territories that a year ago was just flat desert, or flat open area, and now is hundreds if not thousands of small pits,” a senior State Department official said Dec. 4. The air campaign “is moving the [ISIS oil-production] operation from a 20th-to-21st century operation, to a 17th century operation.”

One attack at a time, it appears, the U.S. and its allies are bombing ISIS back to the Stone Age. The only outstanding question is whether the accelerated attacks have begun in time to thwart a major ISIS attack on U.S. soil. 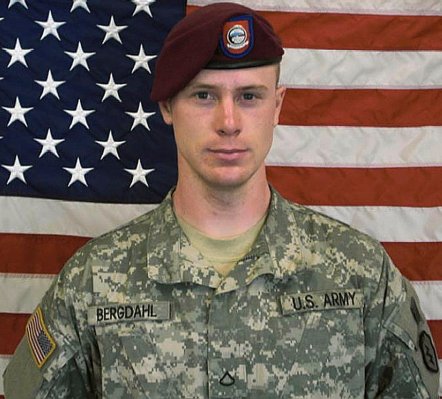 Serial Airs Sgt. Bowe Bergdahl’s Side of 'Desertion' Story
Next Up: Editor's Pick