Stephen Colbert arrives at the White House in Washington on Feb. 11, 2014 for the state dinner in honor of French President Francois Hollande.
Nicholas Kamm—AFP/Getty Images
By Megan Gibson

Stephen Colbert has built his career out of playing the overly offensive character we all know and love on The Colbert Report. But while most viewers realize his non-PC humor and even downright offensive gags are satire, his character’s nuance can get lost on Twitter. Case in point: a tweet from his Colbert Report account attempted to mock Asian stereotypes and, instead, caused real offense and spawned a #CancelColbert hashtag.

The since-deleted tweet read: “I’m willing to show the #Asian community I care by introducing the Ching-Chong Ding-Dong Foundation for Sensitivity to Orientals or Whatever.”

Colbert later said he didn’t write the tweet and was unsure who did, USA Today reports.

According to Entertainment Weekly, the tweet “was originally a quote from Wednesday night’s show. But during the episode segment, the joke was in a clear context—Colbert was mocking Redskins owner Dan Snyder for responding to complaints about his team name by announcing a foundation to help Native Americans.”

Without that context, Colbert’s tweet read as just plain offensive to some and stirred up a lot of anger and backlash.

Of course, Colbert has always been upfront in the past about the incendiary character he plays on his show, which is meant to be a send-up of offensive conservatism. For his part, Colbert acknowledged—and appeared to agree with—the outrage from his own personal Twitter account: 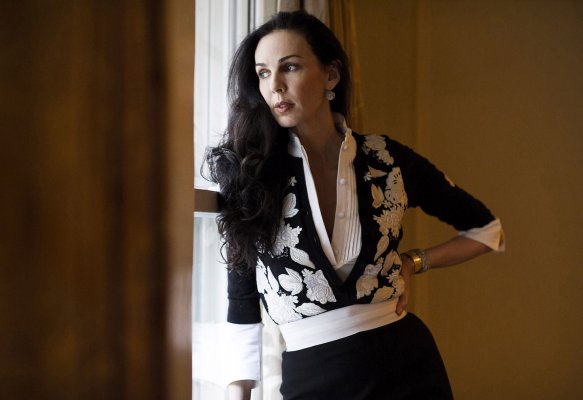