Students at the University of Texas should be able to carry handguns in classrooms but not inside dormitories, a task force recommended Thursday.

Their lengthy report comes after the state passed a law that would allow people with handgun licenses to carry concealed firearms on college campuses starting Aug. 1, 2016.

“Let me be perfectly clear about this. Every member of the working group thinks that we would be best if we did not have handguns in the classroom,” Steven Goode, who chairs the task force, told reporters on Thursday, according to NBC News.

The 19-member task force said they felt a ban on handguns in classrooms would “have the effect of generally prohibiting students from carrying them, which is not allowed under the law,” they said in the report. “We felt we could not recommend that handguns be excluded in classrooms without violating that charge,” Goode said.

The new state law allows university presidents to enact their own rules regarding concealed handguns on campus. The task force recommended that all handguns be carried in a holster and be barred from campus health centers, child-care facilities, certain laboratories and university events for minors. State law already prohibits handguns at college sporting events. 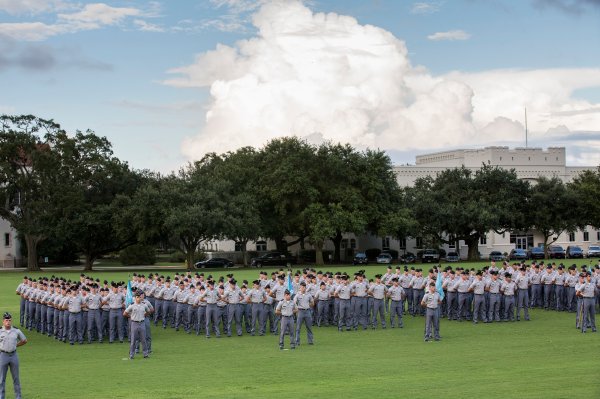