Connecticut to Ban Gun Sales to People on No-Fly List

Dannel Malloy at the State Capitol on Feb. 18, 2015, in Hartford, Conn.
Jessica Hill—AP
By Josh Sanburn

Connecticut Gov. Dannel Malloy on Thursday announced he would sign an executive order banning the sale of guns to people on terrorist watch lists, making Connecticut the first state to do so, after a similar measure failed to win support in Washington last week. The order would affect people on watch lists maintained by the federal government, including the no-fly list.

“We are taking action today,” Malloy, a Democrat, said in a news conference, citing the recent shootings in Paris and San Bernardino, Calif., and saying those incidents should be a “wake-up call for all of us.”

“If you cannot fly due to being on a government watch list, you should not be able to purchase a firearm,” Malloy said.

On Dec. 3, the Senate voted down legislation that would have prevented people who are on federal terrorism watch lists from buying guns. The vote came a day after the massacre in San Bernardino, Calif., that killed 14 people. The shooters, however, were not on any federal lists.

Gov. Malloy said his state is in touch with the White House on obtaining federal terrorism and no-fly lists.

Connecticut has routinely been ahead of Congressional action and other states on pushing through gun control measures. In April 2013, the state passed some of the most restrictive gun regulations in the country following the mass shooting at Sandy Hook Elementary School. The state barred the sale of high-capacity magazines and required background checks on all gun purchases.

According to the Government Accountability Office, suspected terrorists attempted to buy guns more than 2,200 times between 2004 and 2014 and were able to do so in 91% of cases. 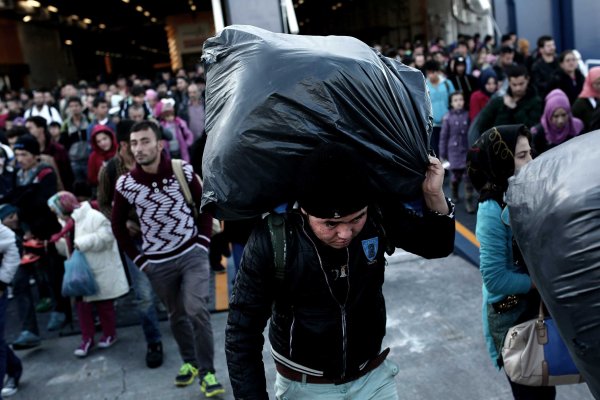