GoPro Just Released a Sneak Peek of Its First Drone

Next year, you’ll be able to buy a GoPro camera that can fly high into the skies. The wearable action camera company posted a teaser video for its first ever drone, which will be called Karma and is set to launch in 2016.

The video comes after GoPro CEO Nick Woodman confirmed at Re/code’s conference in May that the company plans to release its own quadcopter next year. The name of the drone, Karma, was revealed for the first time in Wednesday’s teaser video.

“It’s incredible to see our world from new perspectives,” Woodman said in the interview with Re/code. “It’s a real ‘Oh my god’ moment. We did that with our GoPro cameras, and we see a similar opportunity in the quadcopter market. It’s something that’s in our DNA, and we are excited about it across the company.”

The video doesn’t reveal any other details about the drone itself, but does provide some insight regarding the types of footage you’ll be able to capture with the quadcopter. GoPro also plans to give away 100 Karma drones for free when the device launches for those who sign up through its website.

GoPro’s timing comes as drones have seen a noteworthy uptake in popularity over the past year. The Consumer Technology Association estimates that 400,000 drones will be sold this holiday season alone, bringing the total number of drones sold this year to 700,000. That’s up from 435,000 drones sold in 2014, according to the CTA’s estimates. 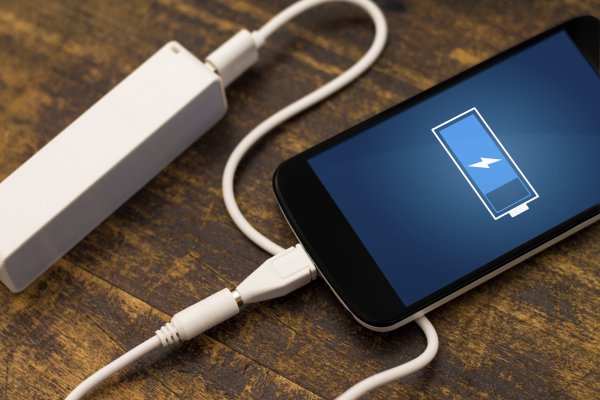 5 Gadgets That Keep Your Phone Alive All Day
Next Up: Editor's Pick