How Terrorists Convince Themselves to Kill

Ideas
By William McCants
McCants is the author of The ISIS Apocalypse.

Although I have studied jihadist culture for a decade, I am still astounded and dismayed by its ability to inspire individuals to take innocent life. The husband and wife team who slaughtered 14 and wounded 21 in San Bernardino were just the latest in a long line of killers who have embraced a violent version of ultraconservative Sunni Islam.

It is easier in some ways to understand why corporate bodies like states kill innocents. The people at the top usually aren’t doing the killing, and the state’s executioners train for years to overcome the natural human aversion to killing unarmed people. The more remote the killing, the easier it is to do (although drone pilots will tell you it still takes a toll).

But how did sane people like the San Bernardino assassins, independent of experience in a militia and without years of organized training, manage to overcome this natural aversion on their own? How did they convince themselves that the slaughter of innocents was necessary and right?

Culture. Our brain may be wired to love our own group and dislike outsiders, but culture is the software that helps us determine who’s in and who’s out. The less we empathize with someone, the easier it is to kill them.

Jihadist culture is exceptionally good at decreasing empathy for outsiders, Muslim and non-Muslim alike, as the Norwegian political scientist Thomas Hegghammer shows in a forthcoming volume. Jihadists use scripture, stories, songs, art, and poetry to foster group solidarity and encourage violence against a wide circle of enemies. Individuals who adopt the culture make sense of the world through its prism and seek to convince others of its truth. Even the most isolated can connect over social media to find likeminded people who will encourage them and goad them to action.

At the moment, few people have put on the jihadist blinkers. But that may be changing. The Islamic State in Iraq and Syria is teaching its vile ideology to children on an industrial scale and ordering them to carry out attacks and execute prisoners. The State’s government may disappear soon but these tormented children will be with us for decades to come.

Closer to home, the adherents of the Islamic State have polarized our politics with their attacks. A majority of Americans now empathize less with Muslims than they once did. We seriously entertain the possibility of turning away refugees because of their religion, an anathema in a country built by religious refugees.

Such hostility to Muslims only reinforces the culture of the jihadists, who feed on non-Muslim hatred of Muslims to recruit. It is far easier to argue that the world hates you when you see evidence all around you that it does.

William McCants directs the project on U.S. Relations with the Islamic World at the Brookings Institution, and the author of The ISIS Apocalypse. He is adjunct faculty at Johns Hopkins University and a former U.S. State Department senior adviser for countering violent extremism. 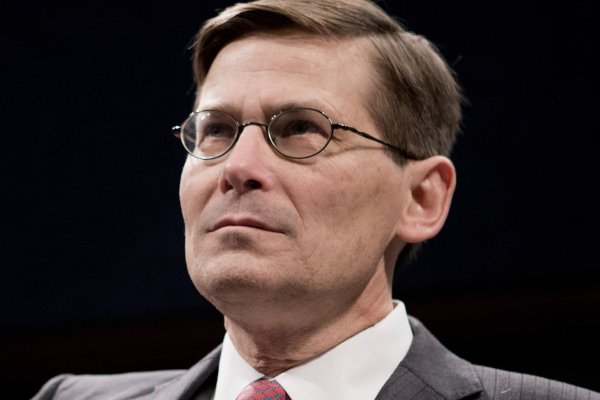 ISIS Will Strike America
Next Up: Editor's Pick